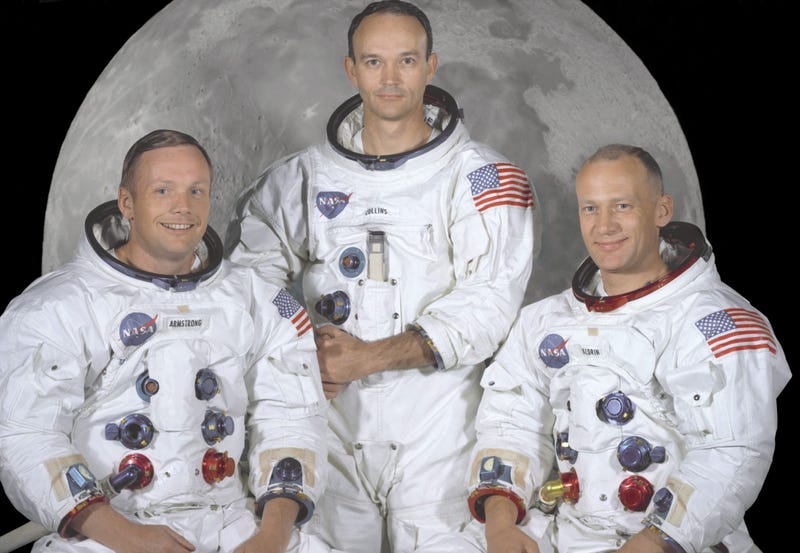 DALLAS (1080 KRLD) - The flight director of the Apollo missions is looking back at the moon landing July 20, 1969. Gerald Griffin grew up in Fort Worth and graduated from Arlington Heights High School.

"It was a great day. I was the flight director. A flight director is something like the symphony conductor. You've got all the parts that have to play together," he says.

Griffin says the significance of the moon landing did not sink in until several years after the mission.

"The tension in the room, particularly from the time we got into orbit around the moon, started to build. It was quiet," he says. "We were ready. I think that's the beauty of Apollo: We were well prepared."

He says Apollo 7 was a challenge as the first mission to test the command module. Apollo 8 orbited the moon. Griffin says Apollo 10 was a "dress rehearsal," flying to just 47,000 feet above the moon.

Leading up the moon landing during Apollo 11, though, Griffin says tension built as Neil Armstrong was looking for a safe place to land.

"He had to fly along kind of like a helicopter," he says. "When he landed, he only had about 17 seconds of fuel left."

Griffin says the Apollo program brought America together after the assassination of John F. Kennedy, protests over Vietnam and the Cold War.

"The space program was something positive," he says. "At least there were small glimpses when the flights occurred when I think we all pulled together and shared a common goal that was successful."

Griffin was inducted into Fort Worth ISD's Wall of Fame this year. He says the generation entering NASA now has more information available than he did. Griffin says cell phones now have more computing power than the Apollo 11 ship.

"The whole idea of science, technology, engineering and math, I think, is paying off now," he says.

He says both parties came together for Apollo to set clear goals. Griffin hopes the same thing will happen again to put the next generation to work.  Griffin says NASA should now leave Earth orbit up to private companies.

"What we need to do is go back to the moon, establish some sort of permanence, a habitat of some kind and not only explore the moon, but explore what we've got to do to go on to Mars," he says.

Griffin says a project like that would require all countries with a space program to work together. Then he says space programs could consider interstellar travel.

While transportation to other stars is not feasible now, Griffin says he did not imagine a moon landing would be possible when he graduated college. He was just 33 when Apollo 11 went to the moon.

"Looking back 50 years is not easy. A lot of time has passed," he says, laughing. "But that day, of course, is chiseled into my memory."