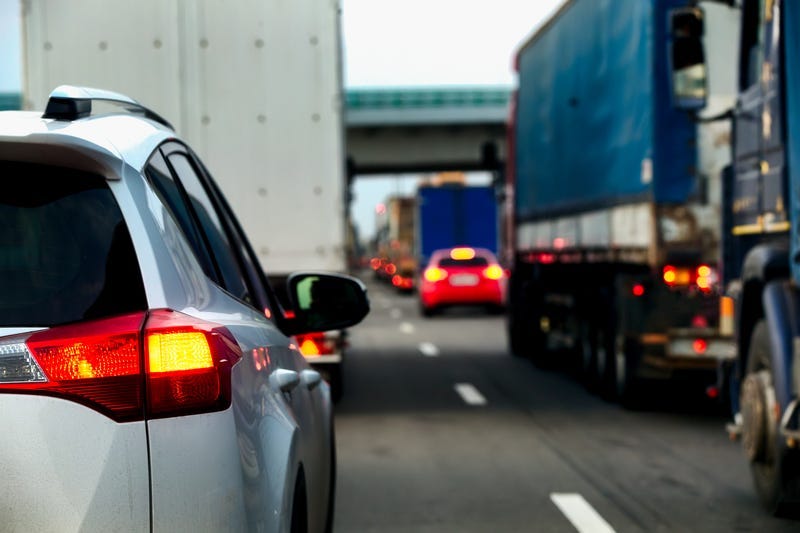 At around 8:30 a.m., a teenage boy was getting ready to jump off the Kelly Elliott bridge over I-20.

Cpl. Deric Sheriff had just finished a traffic stop on the westbound lanes when he heard the call on the scanner.

“My primary thought was to just get traffic shut down just in case he did jump,” says Cpl. Sheriff.

Sheriff knew that time was of the essence.

“I was looking for a solution and saw quite a few semis going westbound approaching me,” Sheriff says.

As traffic was slowing to a crawl, Sheriff flagged down one of the 18-wheelers and directed the driver to pull up and stop underneath the bridge.

“I thought, ‘Well, maybe we could get enough semis to line up underneath the bridge that if the subject did jump off the bridge he would land on top of a semi," Sheriff says.

“As (that first) semi pulled underneath and got stopped, the subject jumped off the bridge,” says Sheriff.

The teen landed right on top of the semi.

Thanks to the presence of that big rig, the teen was not hurt.

Police say the teen will not be facing any charges, but they will work to get the teen the help he needs.

We had some help from a big rig this morning as a teen was contemplating jumping from an overpass. APD Motor Officer Deric Sheriff was instrumental in directing the truck driver before the teen jumped & later landed on the trailer. Excellent crisis intervention to help this teen! pic.twitter.com/qSZwVQG6ef