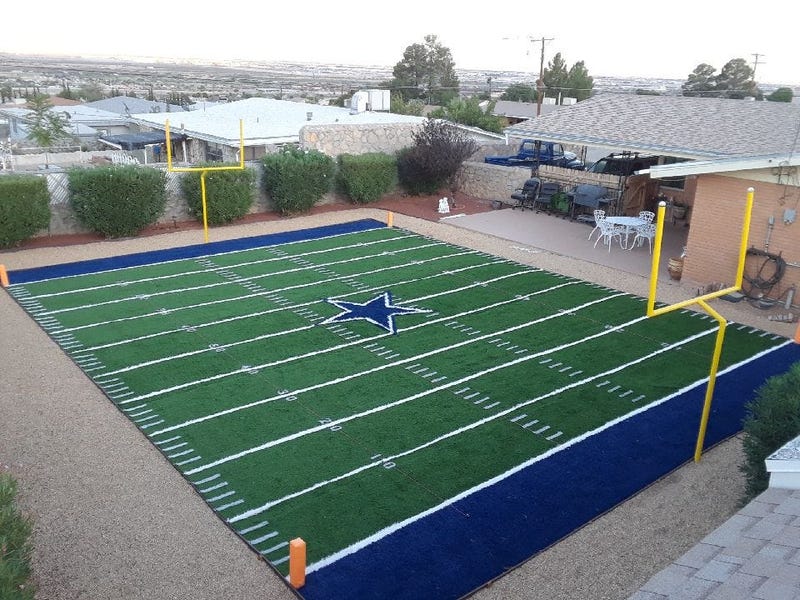 DALLAS (1080 KRLD) - In January we introduced you to one of the biggest Dallas Cowboy fans in the world, Jose Hernandez.  He turned his grass backyard in El Paso into a "mini AT&T Stadium," complete with the painted Cowboys star in the middle, and yellow goalposts at the ends.

It was awesome.  But now, he's back for more.

"I have six brothers and we used to fight to see who was the (biggest) diehard," said Jose. "Now they know.  Now they know I'm the diehard!"

Jose is hoping to get the family together for a big Thanksgiving get together on his new field next month.  Maybe a mini football game will break out at his "mini AT&T Stadium."