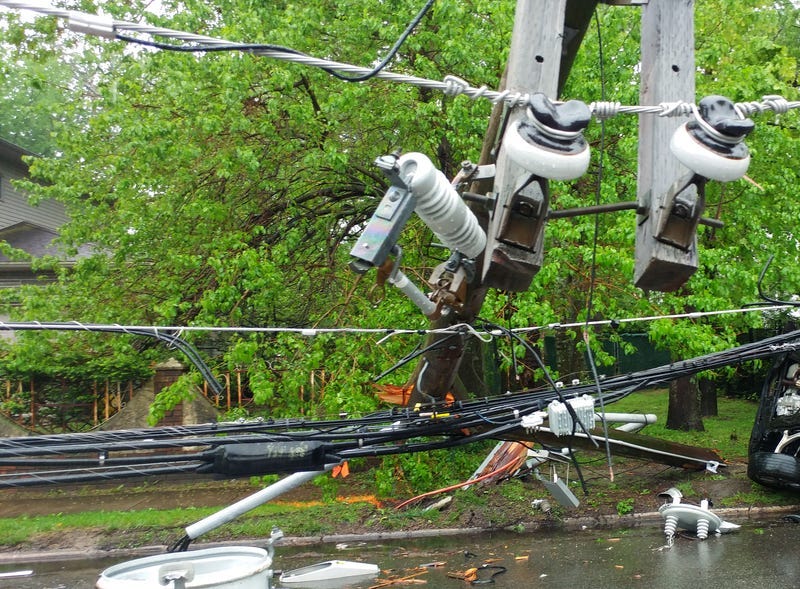 That same storm left many without power in the Dallas Fort Worth area. High winds knocked down a mobile home in Johnson County.

The wind gusts DFW Airport were the highest measured by the weather service's observing system since it was put in place at the airport in 1995.