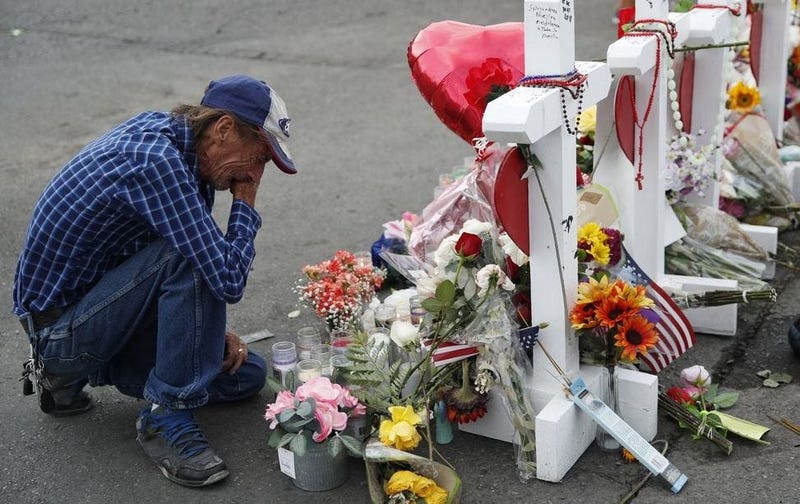 DALLAS (KRLD) - A car dealership is helping a man who lost his wife in the El Paso mass shooting.

The Casa Ford dealership donated an SUV to Antonio Basco on Monday after his SVU was stolen after his wife's funeral.

Basco's wife Margie Reckard was one of 22 people who were killed in the Walmart shooting on August 3.

"He was overwhelmed. He's extremely grateful. He's gone through more than anyone should have to over these last two weeks,' the co-owner of the dealership Ronnie Lowenfield says.

The dealership also included a donated trailer to Basco and someone else donated him a presser washer.

El Paso police say they have not been contacted about the stolen and wrecked SUV.