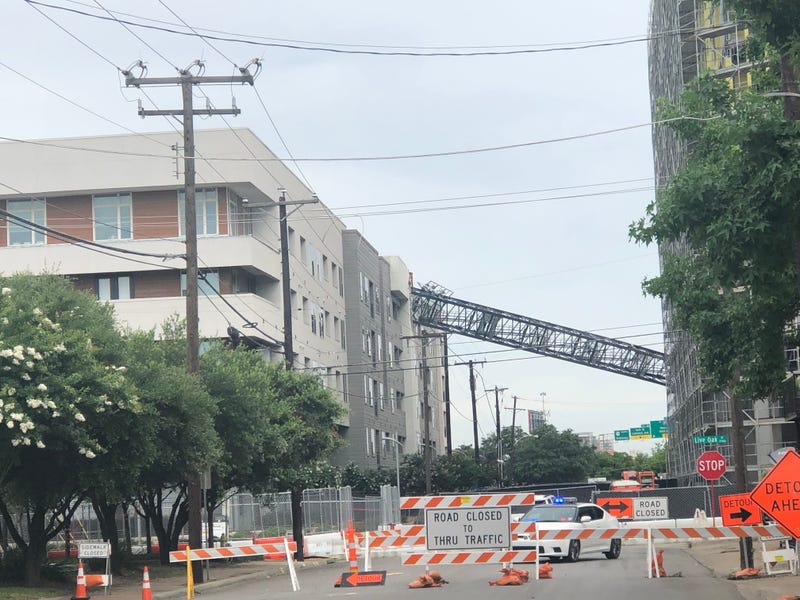 DALLAS (1080 KRLD) - Almost two months after a crane from a construction site across the street crashed into Elan City Lights apartments in Old East Dallas, tenants say they are still waiting for a timeline to get their things.

Tenants were escorted back in small groups to pick up medication and necessities, but they had to leave most of their property behind after the crane hit the building during a thunderstorm June 9. One person was killed and several others were hurt.

"These things can happen, and you're not always going to have the safety net of insurance cooperating with you 100 percent of the time or the safety net of your apartment management being as communicative as you wish," says tenant Jon Ross.

Ross will lead a meeting of tenants Saturday outside the building at the corner of Live Oak and Cantegral Streets. He says tenants have not heard from apartment management since July 12.

"We haven't had any confirmation that any materials have moved out of the building," Ross says. "One of the more important parts is they keep stating everyone's things will be moved to a secure storage facility. We have never been told where that storage facility is."

Elan City Lights says tenants' belongings have been documented and will be moved by contractors.

"One of the larger problems with the residents is their cars are still stuck in the garage," Ross says. "Because of how it collapsed, they're unable to retrieve them. There's still no definitive plan for how they'll be able to be retrieved."

He says most tenants have found other places to live, but they cannot get settled until they can retrieve the rest of their belongings.

"Luckily, I have another apartment now, but I don't have my pots and pans and stuff I need. I couldn't go out and replace those things because I didn't know if it would be covered," Ross says.

Thursday, the Occupational Safety and Health Administration said it had finished its investigation onsite, and the crane could be removed. OSHA says it will need several more months to release its findings.