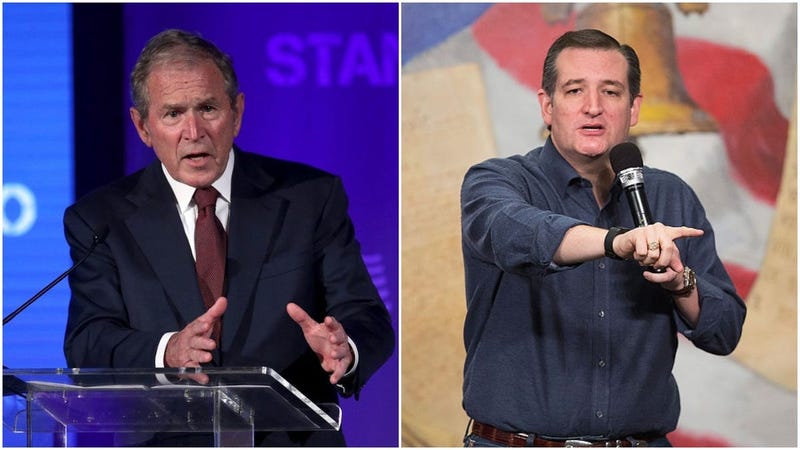 Former President George W. Bush and Senator Ted Cruz say violence related to the death of George Floyd in Minneapolis is taking away from the message of peaceful protesters.

Cruz and the former president made separate statements Tuesday.

Bush says he had resisted the urge to speak out sooner, writing, "this is not the time for us to lecture. It is time for us to listen." He says America's greatest challenge has long been to unite people of different backgrounds. He says the habits of racial superiority once nearly split the country and "still threaten our Union."

"The heroes of America -- from Frederick Douglas, to Harriet Tubman, to Abraham Lincoln, to Martin Luther King, Jr. -- are heroes of unity. Their calling has never been for the fainthearted. They often revealed the nation's disturbing bigotry and exploitation -- stains on our character sometimes difficult for the American majority to imagine," Bush writes.

Cruz says political leaders, including President Trump, governors and mayors have a duty to "protect the American people, and stop this rioting now."