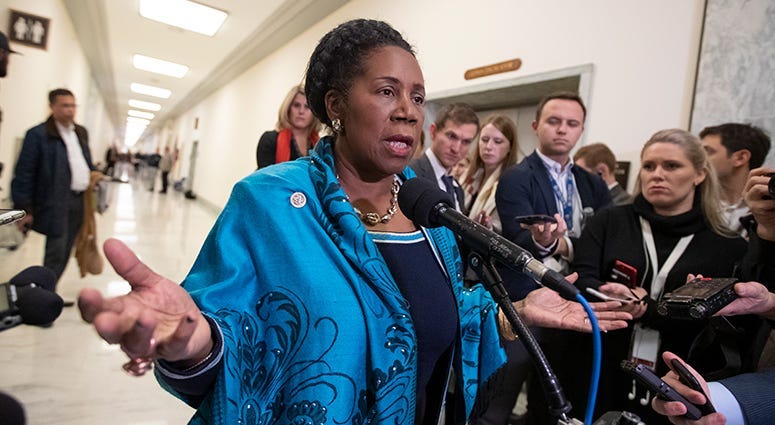 WASHINGTON (AP) — Democratic Rep. Sheila Jackson Lee of Texas is stepping down from two leadership positions following a lawsuit from a former employee who says her sexual assault complaint was mishandled.

Nadler said Jackson Lee's decision "does not suggest any culpability" but "was to ensure the subcommittee's important work continues."

Elsie L. Scott, interim president and CEO of the Congressional Black Caucus Foundation, said Jackson Lee "values the Foundation's ideals and does not want to be a distraction during the legal proceedings of the suit filed against the CBCF."

Scott said an interim chair would be selected by the foundation's board.

The National Alliance to End Sexual Violence had said it would not work with Jackson Lee, who has served in Congress since 1995, as the lead sponsor of the Violence Against Women Act.

This comes following a lawsuit in which a former member of her office and the Congressional Black Caucus Foundation said Jackson Lee mishandled a report of sexual assault.

The lawsuit, filed in federal court in the District of Columbia, accuses Jackson Lee's office and the foundation of retaliation after the woman was sexually assaulted by a foundation employee in 2015 and threatened to sue.

The National Alliance to End Sexual Violence, in a statement, called her a "strong ally" but said that it "cannot, however, support her continued lead sponsorship."

Calls to Jackson Lee's office were not returned Wednesday. But in a statement last week, Jackson Lee's office said that while it could not discuss internal personnel matters, it "adamantly denies the allegations that it retaliated against, or otherwise improperly treated, the plaintiff."