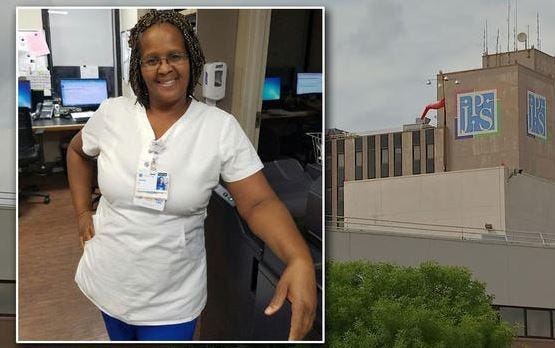 DALLAS (1080 KRLD) - The JPS Hospital nurse critically injured by a malfunctioning elevator early this year has sued the hospital's now-former elevator maintenance contractor -- along with its employee assigned to the hospital at the time.

"Her future is not near what it was when she got up that morning," says Frank Branson, the attorney representing Carren Stratford, 56. "If Thyssenkrupp does what their contract says they'll do, Ms. Stratford lives a normal healthy life."

Branson filed the lawsuit in Fort Worth District Court on Tuesday, seeking more than $1 million for medical expenses, physical impairment, loss of earnings, pain and suffering, and mental anguish.

On January 20, Stratford was crushed by an elevator that was found to have had worn brakes.

She suffered a traumatic brain injury that may never be fully healed.

Branson says Thyssenkrupp and its employee, Randal Mason, were very negligent in their maintenance of that elevator and other adjacent ones.

"The standard in the industry, according to the state of Texas, is that these break drums be maintained — these were worn down — and that they lubricate them once a week," Branson says. "We were there when they opened the elevator and got to the break drums, and there was nothing but dust and rust."

Branson says as a result of the accident, Stratford's life has been forever altered.

"She planned to go back and get a master’s in nursing, and that appears to be out of the question, along with any nursing career at this point," says Branson.

JPS is not named in the lawsuit.

"Ms. Stratford was an employee of JPS," Branson says. "JPS carried workers compensation insurance. Under the laws of the State of Texas, she would not be allowed to sue JPS. But so far, we haven't seen anything indicates she should."

At a Tuesday afternoon news conference, Branson did not hold back his thoughts on his assessment of Thyssenkrupp.

"The State of Texas pretty much in their report says If Thyssenkrupp’s job had been to build a house instead of maintain an elevator, they'd have put the basement on the second floor," Branson says. "This was just a really terrible job."

KRLD has reached out to Thyssenkrupp for comment and is awaiting a response.