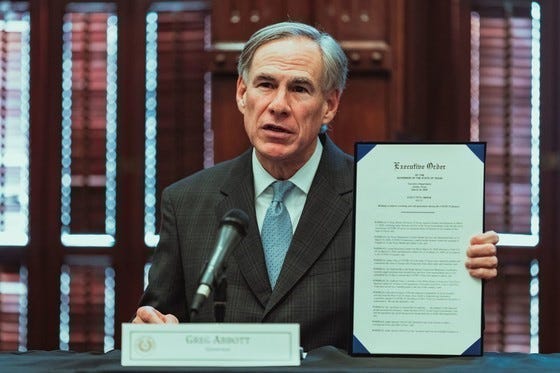 TEXAS (1080 KRLD)- Governor Greg Abbott is now on a growing list of Republican lawmakers who will not be attending the GOP convention later this month. Abbott sent a letter to GOP Chairwoman Ronna McDaniel saying, "It was an honor being selected to serve as Chair of the Texas Delegation for the 2020 Republican National Convention. However, as we deal with the COVID-19 pandemic, my top priority remains focused on protecting the health and safety of Texans."

University of Houston Political Science Professor Brandon Rottinghaus says the governor is caught in a political ‘damned if you do-damned if you don’t’ situation. “If he goes, he's playing politics in the middle of a pandemic, if he doesn't go, he'll take heat from Republicans who think he's distancing himself from Trump,” said Rottinghaus. “I mean, the governor can blame COVID for some of not going, but at least 50% of the reason he's not going as politics.”

Rottinghaus asserts that by not attending Abbott might be trying to help down-ballot Republicans in districts that might not support President Trump’s handling of the pandemic and recession. “Abbott is the Republican party in Texas. He is the biggest fundraiser. He's got the best ground game. He's the most visible. So if he is in crisis, if his brand is in crisis, then he hurts Republicans more broadly.”

Lt. Governor Dan Patrick will replace Governor Abbott as the Chairman of the Texas Delegation at the GOP Convention.