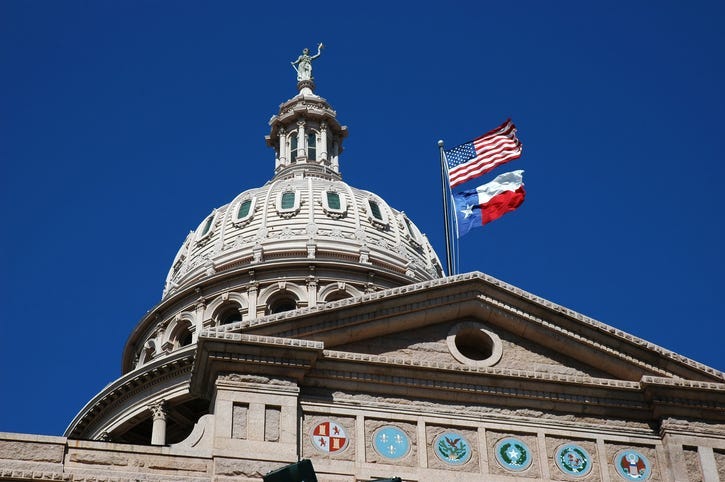 Those in favor of allowing all Texans to vote by mail got good news from the 14th Court of Appeals in Houston.

The court upheld a lower court decision allowing those fearful of contracting COVID-19 while voting to be able to vote by mail under the State’s disability clause.

Texas law generally requires in-person voting, but does allow those over 65, Injured or disabled or out of the country to vote by mail.

Texas Democrats believe these restrictions were eased in mid-April when Travis County District Judge Tim Sulak ruled on their lawsuit concluding that those fearful of contracting COVID-19 while voting in person qualify as disabled. Sulak sided with the arguments put forth by the Texas Democratic Party.

Their attorney Chad Dunn made a case that those fearful of voting in person are disabled. “The district judge had ruled that people who don't have an immunity to COVID-19 have a physical condition that qualifies as disabled to vote by mail,” said Dunn. “Thousands of people have been doing just exactly that, requesting vote-by-mail ballots over the last month, and now the state attorney general, acting on his own, wants to upset all those things.”

Texas Attorney General Ken Paxton, disagreeing with the lower court ruling, appealed the decision. Paxton contended that the appeal would automatically stay the lower court decision until a full trial. He then sent letters to county election officials threatening legal action for those who accepted, what he referred to as, unlawful mail-in-ballot applications from voters fearful of contracting COVID-19.

Paxton’s letters led Texas Democrats to reach out to the 14th Court of Appeals for its take on the issue. The Democrats attorney, Chad Dunn celebrated the appeals court decision saying,“We brought a motion to the court of appeals to clarify the effect of the order, whether it was in effect or not. And today they agreed that the order was and is in effect.”

On Wednesday the Attorney General’s office filed a petition with the Texas Supreme Court, requesting that the court compel the early-voting clerks in Dallas, Cameron, El Paso, Harris and Travis Counties to stop accepting mail-in ballot applications for those fearful of catching COVID-19. The court agreed to take up the case and has requested the two sides submit their arguments by Monday morning.