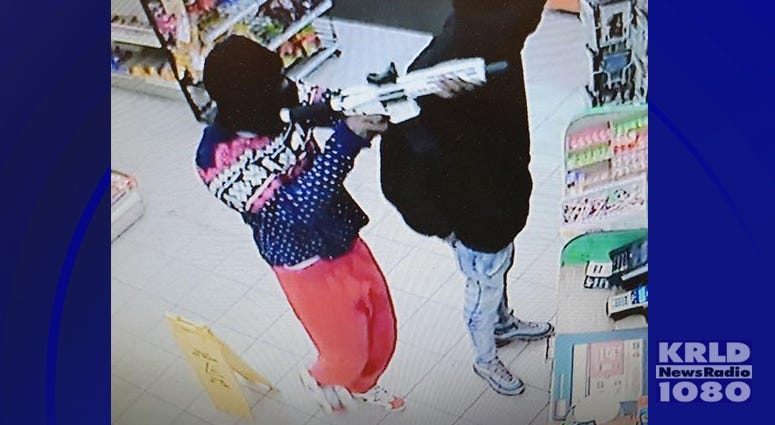 ARLINGTON (1080 KRLD) - Police say a total of eight armed robberies, and one failed robbery attempt, made for a busy weekend in Arlington.

"It was a chaotic weekend," said Lt. Chris Cook with the Arlington police.

Five armed robberies were committed Friday and Saturday; the other three happened yesterday evening between 7:15 and 8:45 p.m.  Cook says those robberies, and the one robbery attempt, were committed by the same three suspects.

Police say the suspects, all around 20 years old, successfully robbed three convenience stores with a loaded AR-15 rifle. Then, Cook says their luck ran out.

As the robbers were allegedly preparing to hit a fourth store near I-20 and Kelly Elliot, police say they received a call from a concerned citizen. Officers were able to prevent the robbery and arrested all three suspects.

They're each charged with four counts of aggravated robbery, which is a first degree felony.

Police say they're now investigating whether the suspects are connected to the five other robberies from Friday and Saturday.