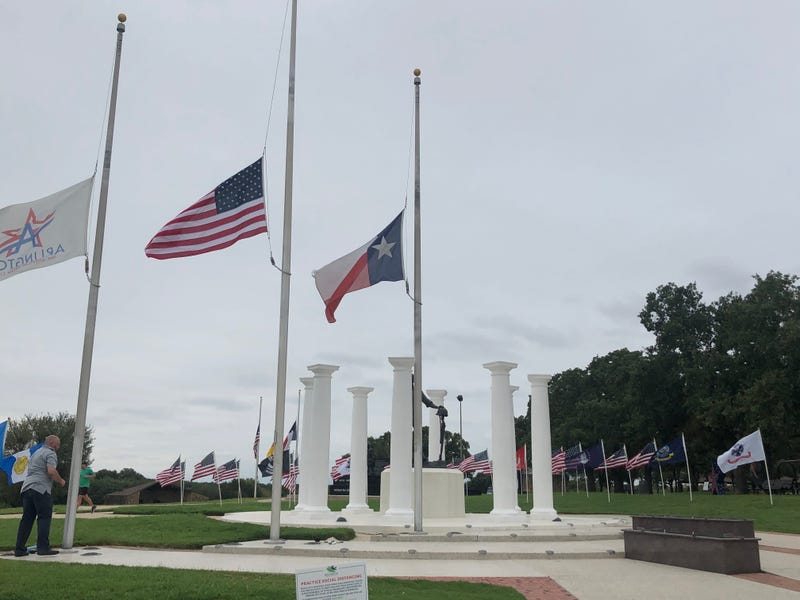 ARLINGTON (1080 KRLD)- The Arlington Rotary Club placed 911 American flags at Veterans Park to mark the 19th anniversary of the September 11 attacks. The flags could be sponsored by families or organizations and were marked with the names of service members, police officers and firefighters.

"I think our 'Field of Honor' is coming at a good time because the American flag is the national symbol of unity," says Arlington Rotary's Clete McAlister, who is also the president of the Arlington Veterans Park Foundation. "This is a time we need to be unified."

This year, the Field of Honor included the names of paramedics as well.

"They are the current heroes who are fighting to save us," McAlister says. "This is a time of great humility for anybody who's appreciative of all that's happened before us."

About 70 of the flags were dedicated to Medal of Honor recipients in Texas. McAlister says he served with a recipient who died while saving three other Marines.

"It's impossible not to be moved by what you see," he adds. "There are many, many stories, but many of them have to do with giving one's life for other people. You think, 'How could they sacrifice themselves so quickly?' It's just like the firemen racing up the stairs of the Twin Towers. They didn't know what was going to happen."

The flags will stay on display through Saturday at Veterans Park at 3600 W. Arkansas Ln. in Arlington. Volunteers from the Rotary set them up last weekend, and they are lit continuously.