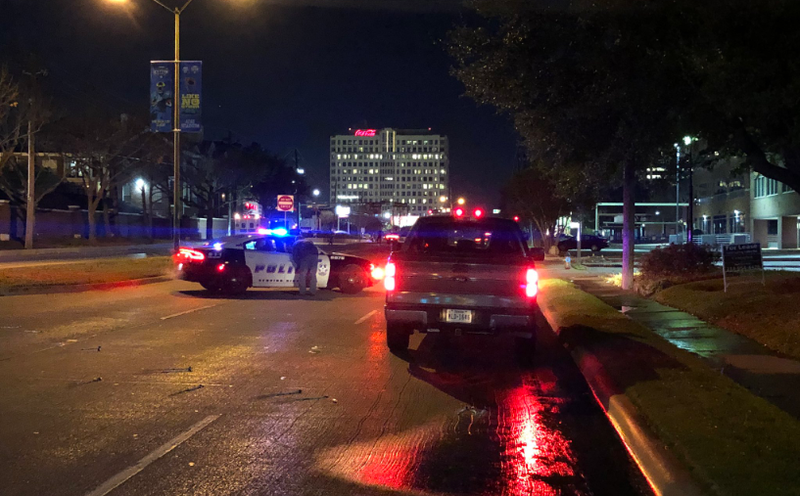 DALLAS (1080 KRLD) - Dallas police shot a suspect they say was firing a gun into the ground overnight along Spring Valley Road, just east of the Dallas North Tollway. Police were called about a man firing a gun about 1:30.

They say they saw a man with a gun in the middle of the intersection of Spring Valley and Noel Road. They say they ordered the man to drop the gun, but he refused.

Mitchell says an officer fired "less than lethal" rounds when the man started walking toward them.​

Mitchell says an officer fired his duty weapon, hitting the suspect. The suspect was taken to the hospital. Police have not released his name, but they say his injuries are not life-threatening.​

Spring Valley was closed for several hours while police investigated. Chief Renee Hall was at the scene for part of the night.​ Spring Valley reopened about 7 a.m.

Update from Dallas PD: Suspect was firing shots into the ground in the middle of intersection of Spring Valley/Noel. They tried to talk to him, but “he began to advance on the officers after several minutes.” Police fired after trying less lethal rounds. Suspect now in hospital. pic.twitter.com/6Ac1XtwxVb