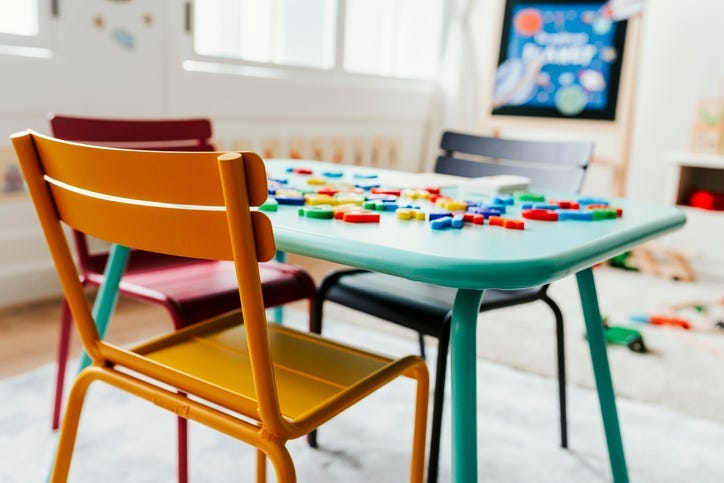 ARLINGTON (1080 KRLD) - The Texas Department of Family and Protective Services is investigating a daycare in Arlington where a child wandered away earlier this month. The parents of Jordon Ayres, 4, say he is autistic and non-verbal.

They say he was at his first day at Creative Minds Childcare in Arlington February 3. His mom, Janice Ayres, says she was just starting a new job.

"I received a phone call at around, I would say, 1:50 from the Arlington Police Department telling us, 'Your son is okay, but there was an incident,'" she says.

Ayres says someone at a Kroger near the daycare called police when employees saw Jordan wandering alone in the parking lot.

"There was an employee who was supposed to be in the room with him, watching him. She supposedly walked out of the room to let another parent into the daycare, and that's when he left the room or escaped the room he was in," says Justin Ayres, Jordan's father.

"Anything could have happened. He was in a parking lot," Janice Ayres says.

Arlington police say Jordan Ayres was not hurt. They say they have suspended their criminal investigation because detectives found no evidence "anyone who knowingly, intentionally or recklessly abandoned the victim."

The Texas Department of Family and Protective Services says it has begun an investigation, though.

"Child Care Investigations will work to determine whether abuse or neglect has occurred and whether there were any violations of the minimum standards for child care. The findings of our investigation will be turned over to the TX Health and Human Services Commission, the agency that licenses and monitors day cares. Investigations can take up to 30 days to complete," the agency wrote in a statement.

The owner of Creative Minds Childcare confirmed Ayres was able to walk out of the building alone, but Belinda Langely sent a statement saying Ayres' parents never said he had autism:

"Jordan’s (sic) parents failed to disclose that there (sic) son is autistic and is labeled 'a runner and a climber.' Upon the arrival of the father, he made these comments: that the son had escaped from the last daycare and he’s also known for escaping from home. Jordan’s (sic) father also explain that they had pulled Jordan (sic) out from another daycare for the same problem. The father's reaction to the incident was not of shock but it appeared more of commonality."This is obviously a common occurrence because the parents returned Jordan back to the daycare on Tuesday morning without any complaints or discussion.  It wasn’t until the Mother was advised  that for the safety of all children we could no longer accept him, therefore we terminated his enrollment."​