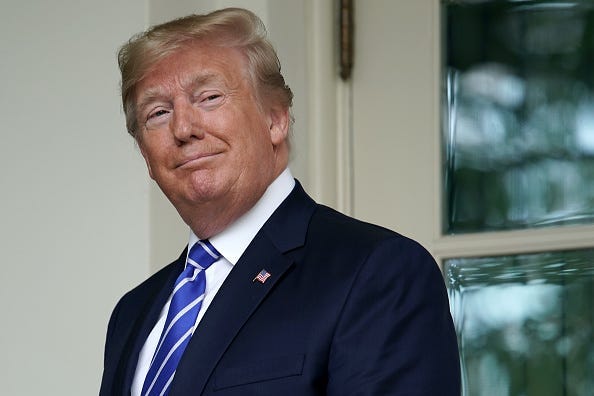 1080 KRLD- President Trump has announced that the U.S. will be terminating its relationship with the World Health Organization.  The president says the WHO failed to adequately respond to the coronavirus because China has "total control" over the global organization. He said Chinese officials "ignored" their reporting obligations to the WHO and pressured the WHO to mislead the world when the virus was first discovered. Mr. Trump also said the U.S. contributes about $450 million to the world body while China provides about $40 million.Dr. Peter Hotez, Dean of the school of tropical medicine at Baylor calls the move destructive on a number of fronts.  He says the WHO is very important in the fight against the virus,  especially as it infects more and more people in other nations.  He says this is a time when we need the organization to be strengthened.   "I've seldom disagreed with any US president in public, I try to stay focused on the science but I made an exception for this one.  I don't support America's termination of our relationship with the World Health Organization. I fully intend to maintain my WHO ties, both with the World Health Organization and with the Pan American Heath Organization which is based in Washington, DC.  That's the WHO regional office for the Americas."He says this is a time when we need the World Health Organization to be enabled "but also strengthened and they absolutely depend on US cooperation including  people like myself who are providing regular input to the WHO to figure out a way out of this and also to ensure global access to vaccines."He adds terminating this relationship is destructive on a number of fronts.  "If you've ever spent time in the World Health Organization, you'll realize there are lots of American scientists and physicians there, all providing guidance.  The WHO is really one of the only things we have to help us fight COVID-19 as it moves into some of the low and middle income countries.  I know everyone is concerned about the United States, but right now there's a catastrophic situation unfolding in South America.  The number of deaths in Brazil is potentially projected to exceed that of the United States."He says in the long run, severing ties could hinder the search for a vaccine.  "It could because in terms of vaccines, there are multiple vaccines out there.  The US is accelerating a number of candidates but other countries are as well.  I don't know what that means for terminating relationship with the World Health Organization."He adds "I'm hoping cooler heads prevail."