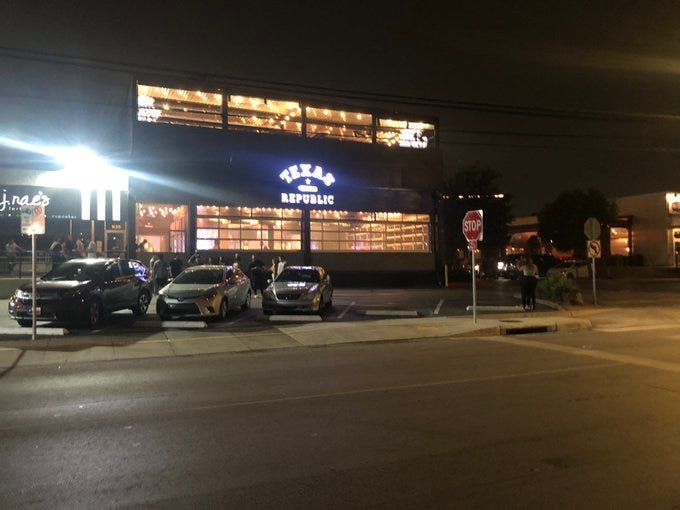 DALLAS (1080 KRLD) - Some bars in North Texas opened the minute they were allowed as restrictions prompted by COVID-19 were lifted.

Starting Friday, bars, breweries, and wine-tasting rooms can open at 25% capacity. Some bars opened at 12:01 a.m.

"Everybody was very excited to be out," says an employee at one bar in the Crockett Row development in Fort Worth. "Right before 12 o'clock, we were packed wall-to-wall."

He says the bar had removed some tables and chairs to force social distancing. They had also removed bar stools to stop people from congregating in "high touch" areas near the bar itself.

Some customers said they would normally not go out late on a weeknight, but they were glad to support a local business while battling cabin fever. They said they were not worried about the virus' spread.

"If the government's telling you it's okay, why can't you do it?" one woman said.

Capacity limits do not apply to outdoor seating.

Breweries, bingo halls, horse tracks and bowling alleys are among other businesses allowed to open at 25% capacity Friday. Restaurants were allowed to expand to 50% capacity.