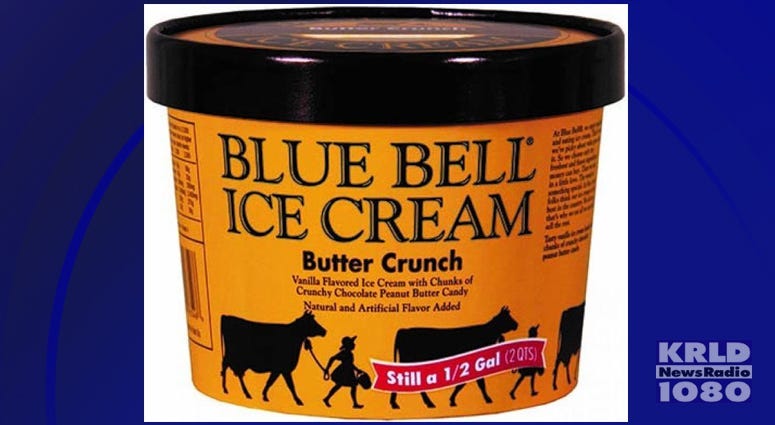 DALLAS (1080 KRLD) - Blue Bell is voluntarily recalling a specific lot of half gallon Butter Crunch Ice Cream produced on a specific line on August 26, 2019 in its Alabama plant because of the possibility the products may contain a foreign object.

Blue Bell discovered the issue when it was notified by a consumer of the presence of a piece of a plastic tool in a half gallon of Butter Crunch Ice Cream. The company investigation revealed the broken tool was inadvertently incorporated into the production process in a small amount of product, according to the FDA.

The Butter Crunch Ice Cream half gallons produced in Sylacauga, alabama can be identified by the following code located on the top of the packaging lid: 082621222.