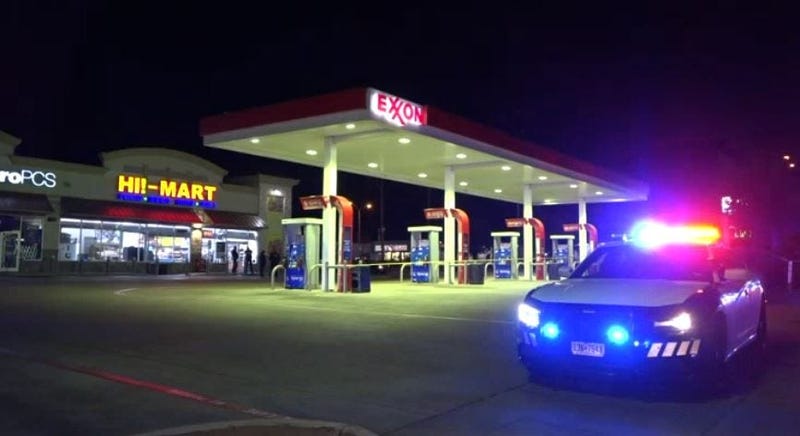 DALLAS (KRLD) - Police say three innocent bystanders were caught in a drive-by shooting Wednesday night in South Dallas. They say people in two cars started shooting at each other as they drove down Bonnie View Road and turned onto Simpson Stuart about 7:30 p.m.

Police say two people were standing outside their cars in the parking lot of a convenience store on the corner. Those two were hit.

Police say neither person was involved in the shooting. One person died. The medical examiner has confirmed the victim as Morris Martin, 57.

A woman was shot in the hand, but police say she should recover. Police say she had two children with her. The kids were in the car and not hurt.

Another person says his car was hit by gunfire. ​

Dallas police have not made any arrests or identified suspects.

Earlier this month, Mayor Eric Johnson sent a letter to City Manager T.C. Broadnax, asking him to work with police on a plan to cut violent crime in the city in 2020. Almost 200 people have been killed in Dallas this year.

"While I believe Dallas remains relatively safe for a major U.S. city, the level of violent crime we have seen through eleven months of 2019 is patently unacceptable," Johnson wrote.

Dallas is on pace for its largest number of homicides since 2007. Johnson said the Dallas City Council has not received a "sufficiently clear explanation" for the increase in crime or a "specific plan to reverse it."

"I understand that crime is complex and dynamic, and that our crime fighting strategies must evolve as new trends arise, but I have not heard anyone articulate a concrete plan to reduce violent crime in our city," he wrote.