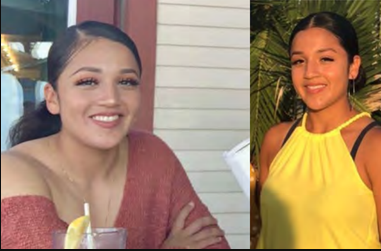 "Over the past three weeks, I have traveled to Poland and Italy.  In both visits, soldiers have asked about this.  Vannessa's story has served as a tipping point where survivors spoke out on social media and shared their own trauma."McCarthy has directed an independent review of Guillen's command.  He says the results will fuel change.

"In addition, we are rolling out Project Inclusion to address behaviors that tear at the fabric of our force.  Issues such as a lack of diversity, discrimination, sexual harassment, sexual assault, and suicides."McCarthy notes there have been other cases of Fort Hood soldiers being found dead.  The Army is deploying a group of investigators to the post.

"The numbers are high here.  They are the highest for most cases of sexual assault and harassment and murders for our entire formation of the US Army. We are going to put every resource and all of the energy we can to this entire institution behind fixing these problems."Guillen, 20,  had been missing since April 22nd when her body was found near the Leon River June 30.  A suspect committed suicide, and that soldier's girlfriend was arrested in connection to her murder.In July, the body of 26-year-old Pvt. Mejhor Morta was found at Stillhouse Hollow Lake.  It is thought he drowned.Last Sunday, the body of 24-year-old Francisco Gilberto Hernandezvargas was found at Stillhouse Lake.  He was being pulled in an inner tube when he drowned