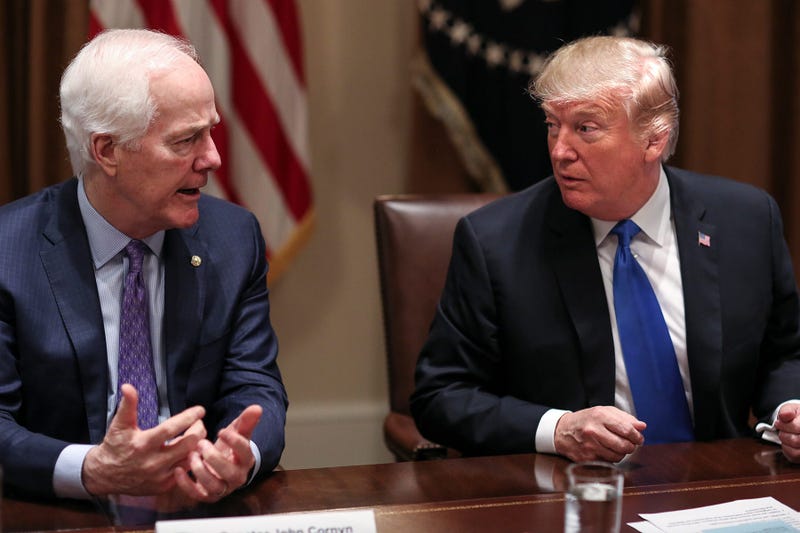 AUSTIN (1080 KRLD) - On a conference call with reporters on Wednesday, Texas Senator John Cornyn called President Trump’s trillion dollar budget deficit a problem and one of his biggest frustrations.

Earlier this year as the Federal budget deficit rose to over a trillion dollars President Trump was quoted by the Washington Post as telling donors at a Mar-A Lago fundraiser, “Who the hell cares about the budget?”

When asked if that was the opinion of Congressional Republicans, Senator Cornyn twice said “no” adding that the issue was one of his biggest frustrations during his time in Washington. He then said, “So yes, it's a problem. I hope it doesn't take an emergency situation before Congress actually deals with it.”

Cornyn went on to explain that the rising deficits were due to entitlement spending saying, “like Medicaid, Medicare, Social Security, that's a roughly two thirds of the money that the federal government spends and Congress doesn't even appropriate that, it's on autopilot along with the increases each year.”