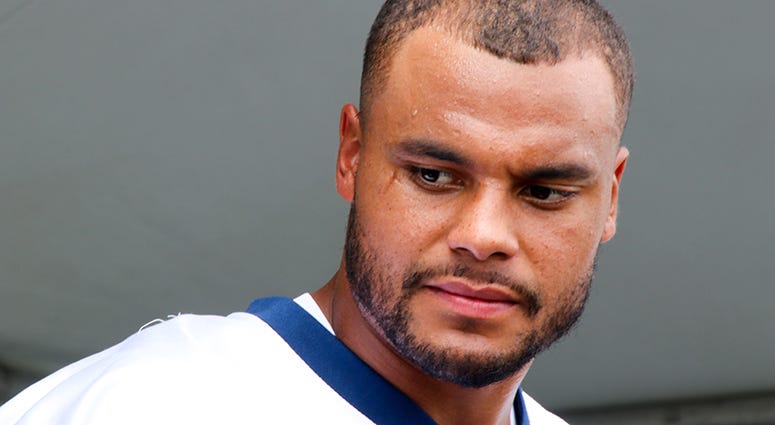 Cowboys quarterback Dak Prescott is using his fame to help an Oklahoma inmate many say was wrongly convicted.

After writng a letter to Oklahoma's governor asking for the release of Julius Jones, a black man convicted in 1999 for the murder and carjacking of a white man. Dak has entered the often tumultuous world of social justice.

He wrote the treatment of Jones is the kind of miscarriage of justice African American men live in fear of.

Jones attorneys insist he was at home at the time of the killing..but they were NOT allowed to introduce his alibi at trial. They also claim one of the jurors made racial comment during the trial and insist the state's only witness had trouble identifying Jones.

Dak explained in the letter he's speaking out to use the influence God blessed him with to help someone without a voice, adding it's the right thing to do.