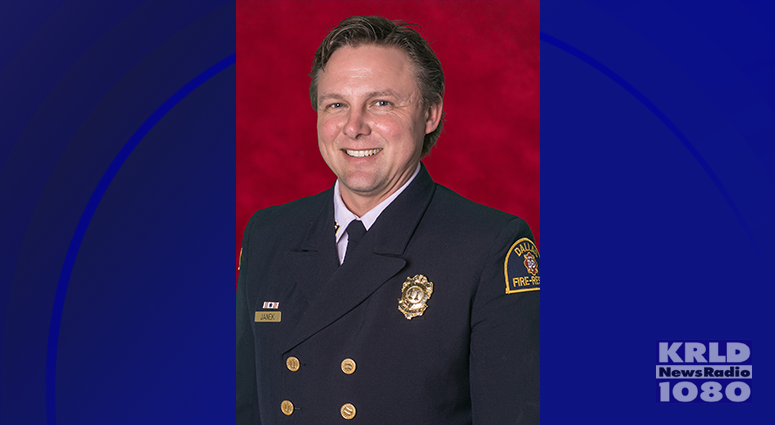 DALLAS (1080 KRLD) - A Dallas firefighter is in the hospital after part of a roof collapsed on him this morning.

Dallas Fire-Rescue has identified the victim of the accident as Captain Ronald Janek.

Captain Janek was working a one-alarm fire in northwest Dallas about 2:00 a.m. when a flaming portion of the roof dropped on his head.

Briefly buried under the burning debris, he was able to crawl out on his own power but was clearly hurt as he lay on the ground while crew-mates rushed to his aid.

We rarely see how brave our first responders are. This is the fire on Walnut Hill Friday morning. I didn't even realize what I was seeing until later. #firefighterbravery @DFWscanner pic.twitter.com/ARGHpxJ7BZ

He's being treated at Parkland for back and foot injuries...which are significant, but not life-threatening.  Captain Janek also suffered minor burns to his neck.

The 28-year veteran of the Dallas Fire Department has his family and friends by his side while he begins his recovery.

The fire itself gutted a vacant commercial building on Walnut Hill Lane just east of I-35E.

The cause of the fire is not yet clear.