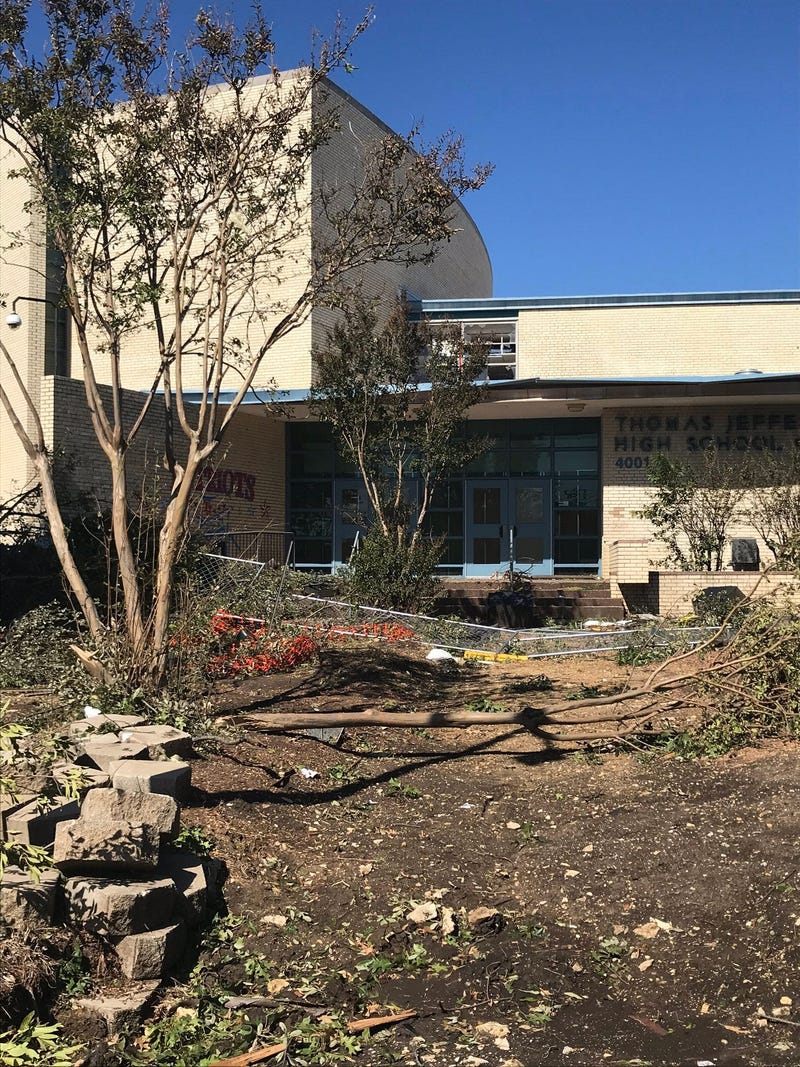 The Dallas ISD has terminated a contract with the construction firm that was managing the project to re-build some of the schools damaged by last October's tornadoes.

Core Construction had been handling work at Thomas Jefferson High School and Cary Middle School in north Dallas along with work at the West Dallas STEM campus site.

Jefferson High School and Cary Middle School were both heavily damaged when a tornado moved through north Dallas on the evening of October 20th, 2019. The DISD Board of Trustees voted in January to renovate Jefferson and build a new campus for Cary that would also have room for students from Walnut Hill Elementary. The contract for both the Jefferson/Cary project and the West Dallas STEM project were terminated by the board "for convenience", which meant the district did not have to give a specific reason.

While the board did not cite a specific reason for the termination, Board Member Maxie Johnson publicly noted that he had concerns about the contract - and had notified DISD administrators.

"What I did find is that one of the contractor's signature was forged, and I reported that information to administration," Johnson said. "So at that point I stepped back and let whatever process take place. I was the one that found the corruption that was going on, and I reported it. I was elected to do a job, and when we find corruption we have to make it known."

CORE Construction Services of Texas, Incorporated issued a statement on Monday refuting the comments made by Johnson

"Our company has a decades-long and unblemished record serving school districts throughout Texas. This includes successfully partnering with minority vendors for many years," company officials wrote. "The false allegations and reckless use of the terms 'forgery' and 'corruption' by a single DISD trustee are irresponsible and inaccurate, and we categorically deny any wrongdoing."

Other board members stressed that their vote was not based on any possible wrongdoing reported by Johnson.

Trustee Johnson also said publicly that his concern about the possible forgery was not the basis for his vote to terminate the contract. "Under my understanding, this decision was not based off of my findings. It was based off what the administration declared, and that was convenience," he said. "My findings, to the best of my knowledge, has nothing to do with the decision the administration is making."

The DISD Board voted 7-1 to terminate the contract, with Board Member Joyce Foreman opposed.

Students were scheduled to return to the renovated Thomas Jefferson High School campus in the fall of 2022. District officials did not outline at their recent board meeting how the change in construction mangers might impact that schedule.