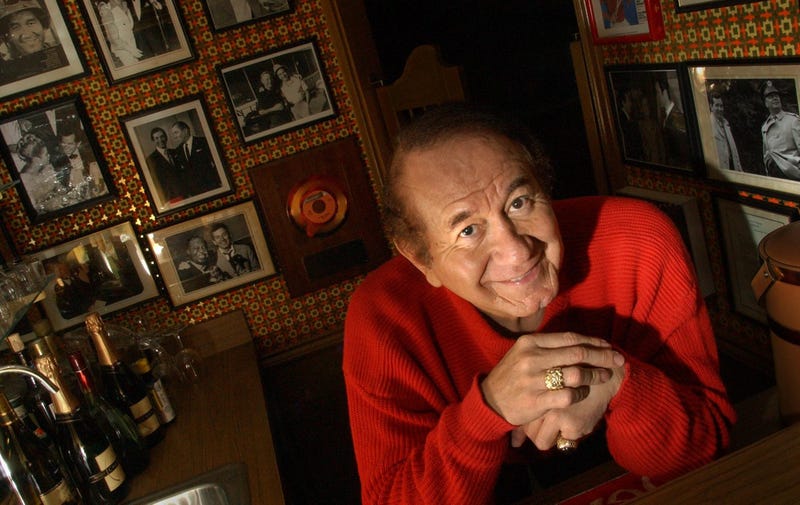 Sixties singer and Dallas native Trini Lopez has died due to complications from COVID-19.

The actor and singer soared to fame in the early 60s with the number one hit "If I Had A Hammer," followed two years later by another chart topper "Lemon Tree."

In the heart of the Depression, Lopez was born in what was then called the "Little Mexico" neighborhood of Dallas, which today is known as Uptown.

His family home was on Ashland Street, just a few blocks from where American Airlines Center would go up decades later.

Lopez went to Crozier Tech, but had to drop out in his senior year to help make money for the family. He did that by forming a band called "The Big Beats." They played all over Texas and New Mexico.

In addition to his singing career, he ventured into acting and was one of the "The Dirty Dozen" in that 1967 war movie, had roles in the comedy “The Phynx” and credits on television's “Adam-12.”

Mentored by Buddy Holly and Frank Sinatra, Lopez became an international star while performing in English and Spanish. Unlike Mexican American singers such as Ritchie Valens, Lopez rejected advice to change his name and openly embraced his Mexican American heritage despite warnings it would hurt his career, according to the Associated Press.

His debut album, “Trini Lopez at PJ’s,” reached the top 10 in 1963, and he had success in the Spanish-language market with “The Latin Album” and “The Second Latin Album.” The rare Latino in the rock and folk world of the time, he would speak often of resisting pressure from record executives to change his name and presumably appeal more to white audiences.

Lopez received a Grammy nomination for best new artist of 1963 and by early 1964 he was so in demand that he and The Beatles were co-headliners during an 18-day engagement at the Olympia Theatre in Paris. It was just before the British band would travel to the U.S., appear on “The Ed Sullivan Show” and upend the careers of Lopez and countless others.