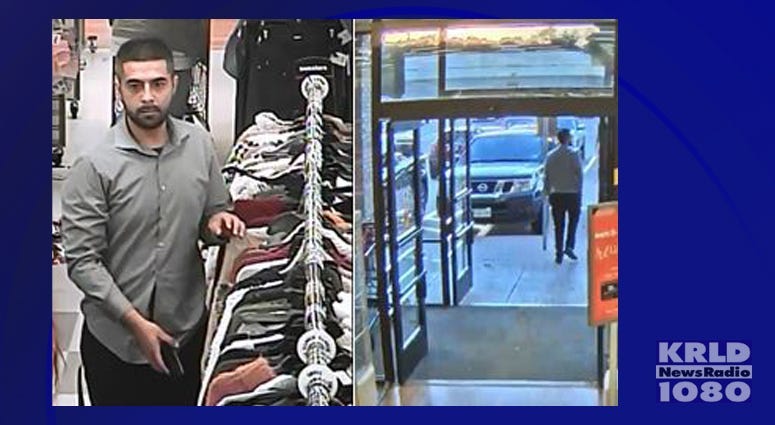 DALLAS (1080 KRLD) - Dallas Police are looking for a man who may have taken photos or video under a woman's dress at a store last month.

The incident happened at a T.J. Maxx store on Preston Road on October 19th.

Police say a woman was shopping at the store when a man leaned over and appeared to use his cell phone to take pictures under her dress. Police are calling him as a "person of interest".

He's described as an Hispanic or Middle Eastern male between 30 and 35 years old. Police say he's about 6 feet tall with black hair and a beard. He left the store in a dark-colored Nissan Frontier pickup.