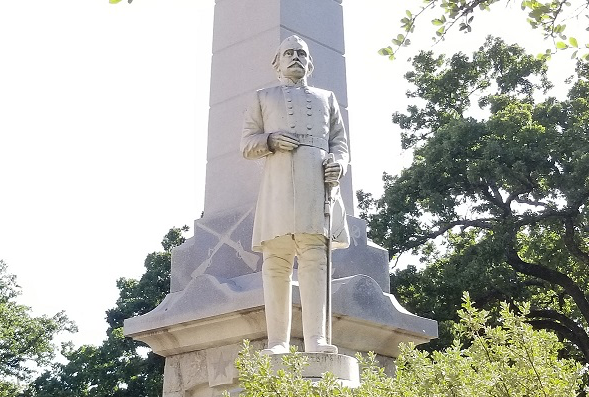 DENTON (1080 KRLD) - If you were to see the downtown Denton Square for the first time today, you might never know there was once a Confederate memorial there at all.

The controversial statue, which sported separate drinking fountains and a Confederate Soldier facing South, was removed a couple of weeks ago for public safety reasons. Dawn Cobb, Director of Community Relations for Denton County, says the whole process took about 10 hours. Now, the statue's in storage.

"At this particular point, we have not made any decisions on where it's going to go," Cobb said. "Primarily because we need to get approval."

Cobb says city officials have one year to come up with a plan to move the statue to a new location, and to then get that plan approved. Once that’s done, Cobb says a new display has to be created to include the memorial’s historical context. And that ... could take awhile.
Cobb says at this point, she’s unsure just how long it will be before the memorial comes out of storage.