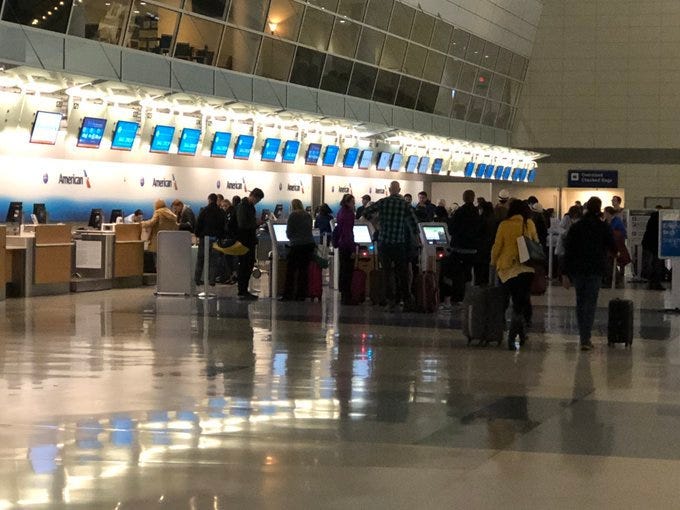 DALLAS (1080 KRLD) - The chief executive of DFW Airport says coronavirus could cost the airport between $170 and $225 million in revenue. Thursday morning, the airport announced it would defer gate fees, landing fees, and terminal rental fees from the airline in April and May. DFW says it will also defer rent for concession operators until June.

The airport will also institute a hiring freeze for non-essential positions, but no current employees will be furloughed. CEO Sean Donohue says thousands of outside workers who have jobs connected to the airport have already been affected.

"We believe DFW has an opportunity to recover faster than other airports," he says.

"This is the single greatest disruption in the history of modern aviation, but having said that, there will be a recovery," he says. "It's critical to the economy of the U.S. and the world that travel and tourism take a leading role in that."

"It's important that we do that because that's delivering hundreds and hundreds of jobs out here at the airport," he says.

The airport says "non-mission critical" capital projects will be suspended, saving $100 million and cost reductions will save an addition $75 million.​ DFW Airport says cost reductions could cover between 29 and 43 percent of lost revenue.

DFW Airport is deferring terminal fees, rent and maintenance expenses for concessionaires through the end of May. Airport says it has enough cash on hand to handle a drop in revenue of up to $225 million. Live report at 10:03 on @KRLD. pic.twitter.com/urENT9axl6