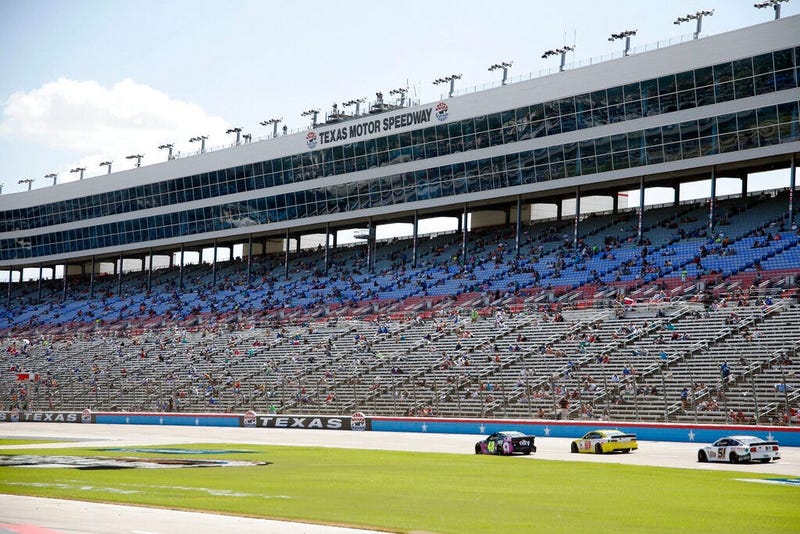 After months of ghostly silence, Texas Motor Speedway welcomed fans yesterday for the first time since the Coronavirus shut-downs in March.

The O'Reilly Auto Parts 500 race was wiped out over the weekend of March 26th. But it was rescheduled for this past weekend with fans admitted for the first time since the virus started spreading.

There were rules, of course. Social distancing and masks were required.

Most of the fans in the stands thought it was worth it. The only problem for TMS, there weren't that many of them. But, on the other hand, they weren't expecting a lot.

The speedway can hold up to 130,000 spectators, a little more than the population of Richardson and a little less than Carrollton. But by state rule, they were limited to 50 percent of capacity and TMS President Eddie Gossage knew they wouldn't get close to that.

Gossage said was hoping for around 20,000 although some observers thought it was even less than that.