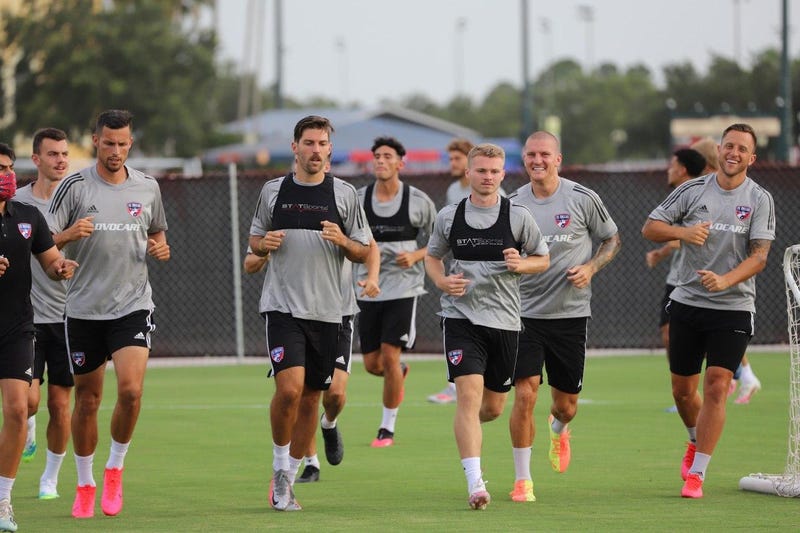 Toyota Stadium will also be the first venue in the country to open to fans for a professional sporting event since COVID-19 led to shutdowns this spring.

FC Dallas had been planning to open Toyota Stadium at 25% capacity, which would have allowed 5,110 fans. Wednesday morning, the club announced it would add a second empty seat between groups, reducing capacity to about 3,000.

Fans are also required to wear masks. Concessions stands will not accept cash to reduce contact.

Fans will also be required to sign a liability waiver stating they will not sue if they are exposed to COVID-19.

Last month, FC Dallas was not able to participate in the "MLS is Back" tournament at Walt Disney World in Florida because twelve players and a coach tested positive for COVID-19.

Gonzalez says players are tested every other day. They were tested Tuesday and will be tested again Thursday.