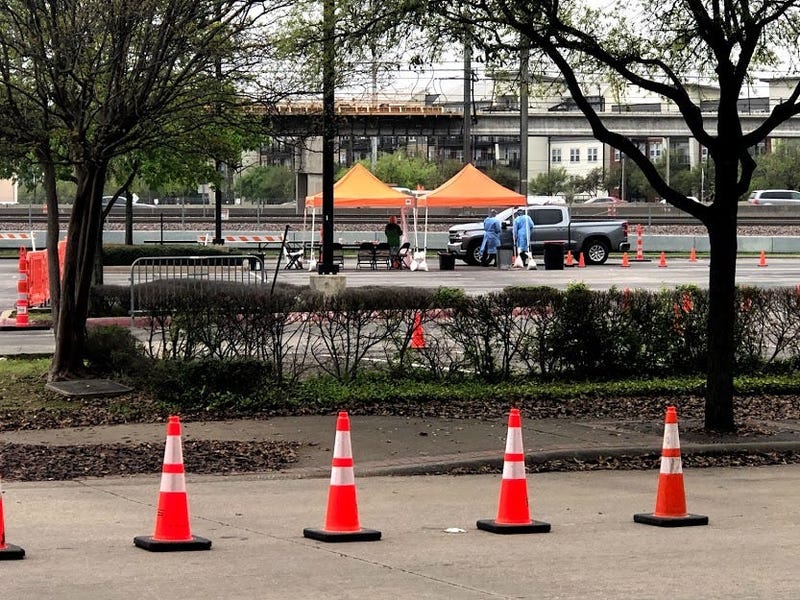 DALLAS (1080 KRLD) - The Dallas County judge says the federal government is planning to end testing at two locations at the end of May.

FEMA and the federal Department of Health and Human Services have been operating "drive-thru" testing sites outside the American Airlines Center and Ellis Davis Fieldhouse since March.

Jenkins says that testing is needed to meet CDC guidelines to reopen businesses. The CDC has recommended state and local governments document a 14 day decline in the number of new cases before beginning to reopen their economies.

The guidelines also include calls for increased testing to determine the level of community spread.

"You need adequate testing around your reopening," Jenkins says. "Unfortunately, Texas is dead last in testing."

An analysis by the COVID Tracking Project ranked Texas last in testing per capita near the end of April. Through Monday, about 526,000 people in the state had been tested.

Jenkins says he is negotiating with FEMA and Health and Human Services to extend testing at the two sites. He says seven grocery stores are now offering testing, but each of those stores can only process about 50 tests a day. Jenkins says the two drive-thru sites can process a total of 1,000 tests a day.

He says Texas has also been trying to get testing kits from the federal government for the past month.

"We're working a lot of different angles to keep that going because that's an important community resource," Jenkins says. "I think a good compromise would be for them to continue providing us the kits and providing us with the lab services, and then we'll take care of everything else."

Monday, Dallas County reported 253 additional cases of COVID-19; two more people died. The daily number has stayed near 250 for the past week, and Jenkins says that may be a sign cases are starting to "plateau," but the county's health department cannot yet say whether community transmission has peaked. He says current models would not have accounted for increased activity as businesses have started to reopen.