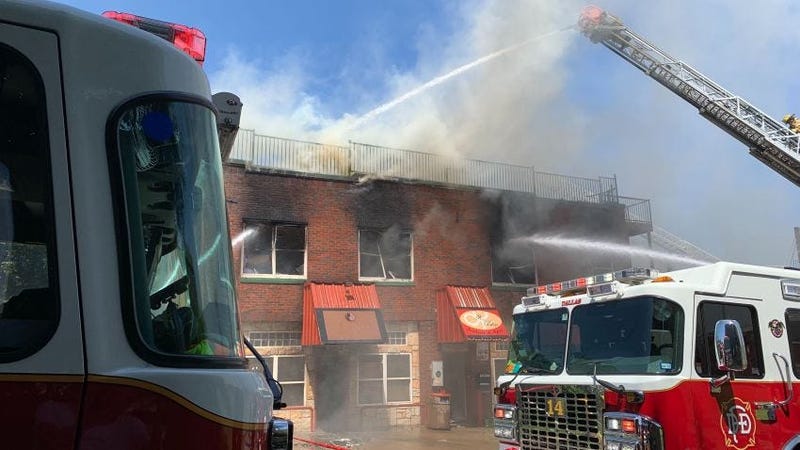 DALLAS (NBCDFW) - Dallas firefighters were working Sunday to extinguish a large fire at a vacant building in north Oak Cliff near Bishop Arts.

Dallas Fire-Rescue got a call shortly before 9 a.m. for a smoke odor in the area around the 400 block of North Beckley Avenue, near North Zang Boulevard, and found smoke coming from a two-story commercial building.

Firefighters went inside to search for the source of the smoke and found fire smoldering in the floors and walls. Additional crews were called out and flames soon started showing from the second floor of the building, Dallas Fire-Rescue said.

Almost three hours after the fire was called in, between 60 and 70 firefighters were still working to control the flames.

sports
Watch: Jeff McNeil gets into bizarre, heated exchange with Joe West
news
Young people most likely to believe misinformation about the pandemic: Study
news
Firefighter walking 140 miles to fight cancer
news
Study finds Hawaii, New Jersey among the happiest states in the US: Full list
music
Rosario Dawson opens up about moving in with boyfriend Sen. Cory Booker: 'I'm a Jersey girl now'
news
50% of U.S. adults who lost jobs due to COVID were still unemployed in August: Study