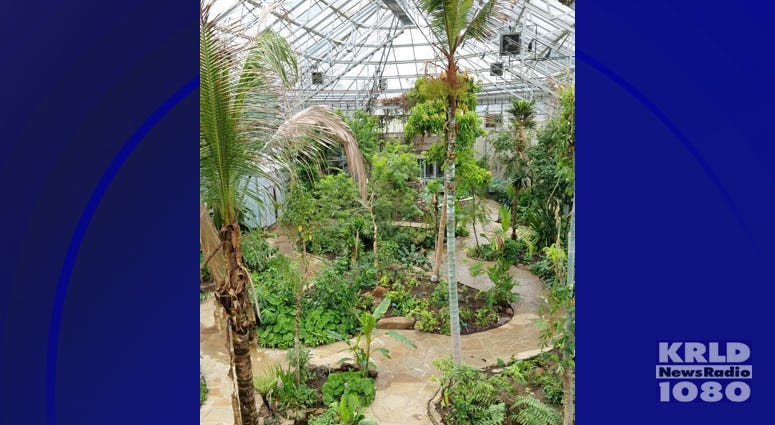 FORT WORTH (1080 KRLD) - An exhibit at the Fort Worth Botanic Garden has re-opened after being closed to visitors for the past three years.

The Rainforest Conservatory was shut down in 2016 for safety reasons after hail damaged much of the glass in the 10,000 square-foot greenhouse. The exhibit houses plants from tropical rainforests around the world.

Over the past several months, crews have replaced much of the glass and installed new handrails. They also pruned some of the plants that had become overgrown during the past three years.

Other plants died while the exhibit was closed, but those that did survive are starting to fill out.

The Fort Worth Botanic Garden still has about $15 million worth of needed repairs and maintenance.

The City of Fort Worth is working on a plan to draw funding from a variety of sources to meet those needs and to prevent future maintenance shortfalls.

sports
Lions' new coach apologizes for anti-gay remark during college pep rally: 'I was young'
sports
Stores in Buffalo are stocking up on tables ahead of Bills/Chiefs AFC Championship
music
Andrea Hall reveals the emotions behind her 'Pledge of Allegiance' on Inauguration Day
music
RADIO.COM's 'Nerd Talk' with Gregr: Discovering Dinosaur Butts
music
Watch 27 drummers come together to cover 'We Are The World' for Inauguration Day
music
'Harry Potter' star Matthew Lewis says it's ‘painful’ to watch himself in the films