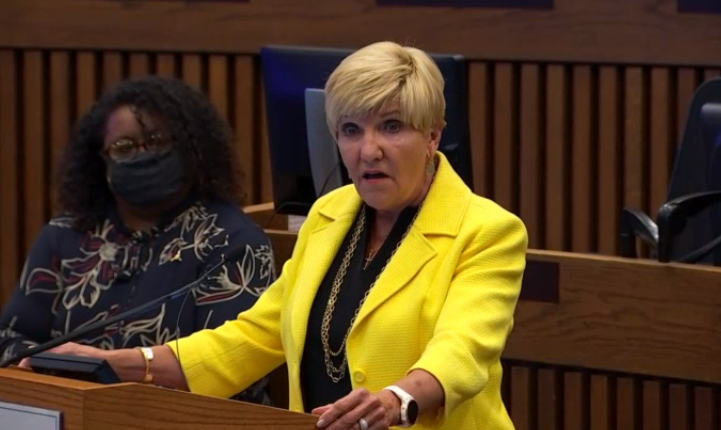 FORT WORTH (1080 KRLD) - A few North Texas cities launched a curfew following violent protests over the weekend, and now Fort Worth is the latest city to implement one.

The city announced today the curfew will begin at 8:00 p.m. Monday and will run through 6:00 a.m the following morning.

"The curfew will be immediate and will continue for the next 72 hours, it is also city-wide" said Fort Worth Mayor Betsy Price.

The curfew was put in place following a night of protest where three Fort Worth Police officers were injured as some protesters threw bottles of bleach, frozen water bottles, and rocks, according to officials.

More than 50 people were arrested. No names have been released.

Last night was the first time in more than 30 years that the department had to use tear gas, according to FWPD Chief Ed Kraus.

.@fortworthpd @chiefkraus: Some in march talked about doing damage to West 7th businesses, so group was stopped on bridge. Some hurled bottles filled with bleach at officers. pic.twitter.com/Q6admolsuw

On Sudnay, Texas Governor Greg Abbott declared a state of disaster for all counties in the state in response to the ongoing protests.

The Governor has also deployed more state troopers and National Guard members to cities, including Dallas, to help local authorities keep the peace.