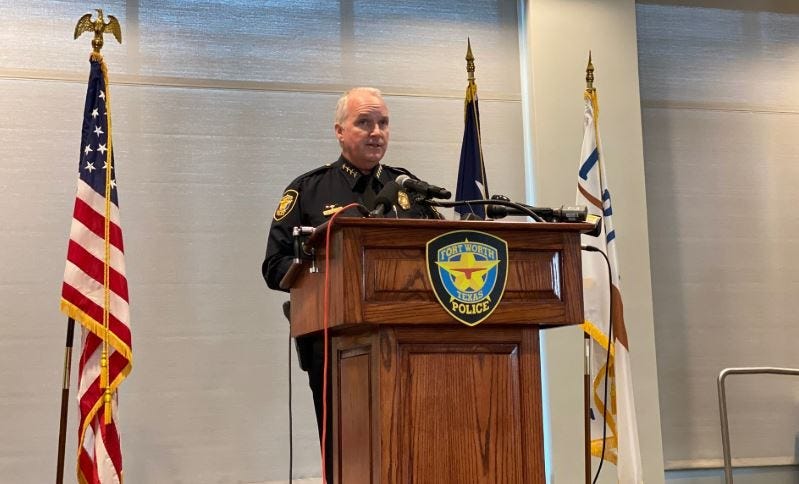 FORT WORTH (1080 KRLD) - The Fort Worth police chief spoke at a forum Tuesday evening in the Como neighborhood to answer questions about potential changes in some department procedures.

The "Beyond the Badge" forum took place at the Como Community Center.

Chief Ed Kraus told the group the department is focused on "transparency" and "diversity."

Fort Worth has hired a civilian police monitor, and Kraus says the monitor will start work soon. He says an outside panel is also looking at the department's procedures.

Kraus says Fort Worth police have also resisted releasing body camera footage after officer-involved shootings. He says the department will now aim to release that video within three days.

"I'm responsible for making sure we track the progress, and progress is actually being made, that it's not just lip-service," Christina Brooks, Fort Worth's director of diversity and inclusion said at the meeting. Brooks was hired in November.

Fort Worth police say they hope to schedule additional forums.