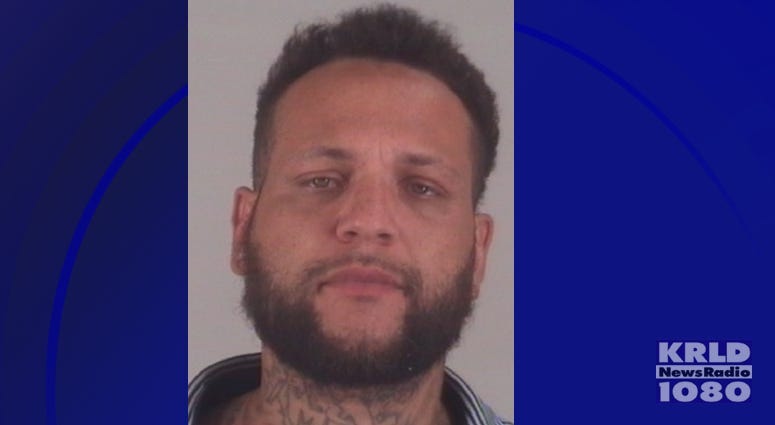 FORT WORTH (1080 KRLD) - Fort Worth Police need your help in finding a man who carjacked a woman Thursday -- and that was not his first robbery.

At around 6:45 Thursday morning, two people in a white 2020 Ram 1500 pickup truck were involved in a shootout with other people on Southeast Loop 820 near Campus Drive.

"There was some type of running gun battle on the service road of Southeast Loop 820," says Fort Worth Police Det. Brian Raynsford.

At some point, they got into a crash with an innocent driver who was turning into the Tandy Leather parking lot.

The two then got out of their pickup truck to look for a new getaway vehicle.

"The male and female ran into the parking lot of the Tandy facility and found a female who was arriving for work," says Det. Raynsford. "The male produced a handgun and then demanded that the female get out of her truck, which she did. The male and female then fled in the victim's truck."

The man is identified as Anthony Scott Gordon, 32, and he's wanted for several crimes.

"We've identified him as being involved in another aggravated robbery which occurred July 31st," says Raynsford. "He's also been involved in multiple offenses in other cities and is currently wanted for a parole violation."

Gordon should be considered heavily armed and extremely dangerous.

"At the time of the robbery this morning, he was armed with a rifle, as well as a handgun," Raynsford says; "and he used both of the weapons against the person or persons which were on the freeway or towards the freeway."

Anyone with information on the shooting, the carjacking, or Gordon's whereabouts is asked to call 817-392-4381.