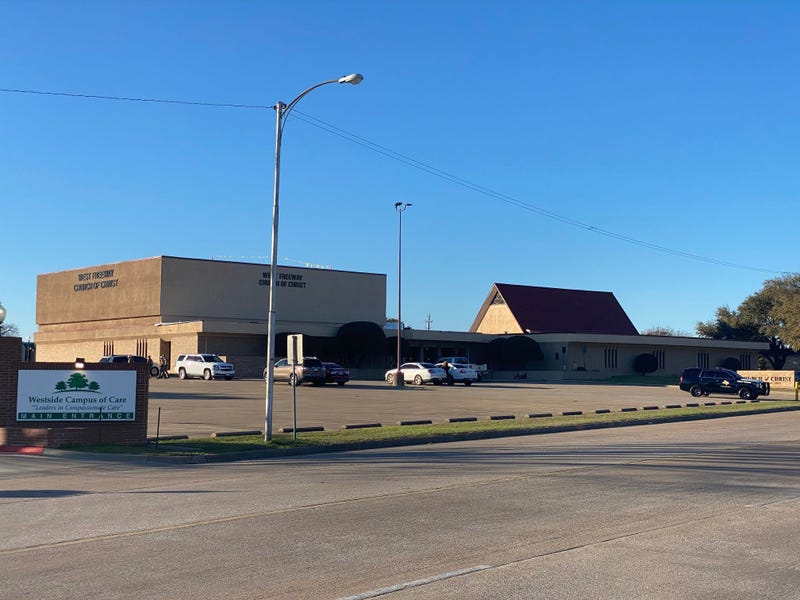 WHITE SETTLEMENT (KRLD) - Governor Greg Abbott's office says he will attend the funeral Thursday afternoon for one of the men killed last Sunday at West Freeway Church of Christ in White Settlement. Richard White, 67, was on the church's volunteer security team.

Police say White saw the gunman pull a shotgun from under his coat. They say White reached for his own gun, but he was shot first.

White was married with three children and seven grandchildren.

​"You were taken from us yesterday in a senseless act of violence," his daughter-in-law wrote on Facebook after the shooting. "You stood up against evil and sacrificed your life. Many lives were saved because of your actions. You have always been a hero to us but the whole world is seeing you as a hero now."

A visitation for White is scheduled from 10 a.m. to noon Thursday at Western Hills Church of Christ at 8800 Chapin Road in Fort Worth. His funeral will follow at the same church at 1 p.m.

The other man killed last Sunday, Tony Wallace, was a deacon at West Freeway Church of Christ. Wallace's family has not yet announced plans for his service.