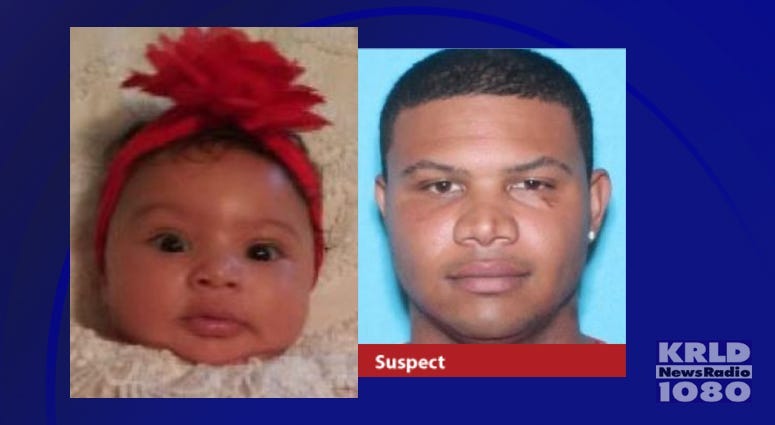 DALLAS (KRLD) - Tragic end to the search for a North Texas baby who was the subject of an Amber Alert.

Gainesville police are now saying the body of 4-month-old Lyrik Brown was found inside a car in the Red River.

She had been missing since last night when police say Jeremy Brown got into a fight with the girl's mother and drove off.

Just before 4 pm, police got word on his location -- and his car was discovered in the Red River on I-35.

The car was submerged.  Police got Brown out of the vehicle and took him into custody. The car was removed from the river, and a little girl's body was found inside the car.   Police say the family has been notified and positive identification is pending.

music
Da Brat reveals her grandmothers loved Allen Iverson, but there was one problem
music
BTS are returning to the United Nations: Here's why
sports
Bucs Player Vents After Brett Favre Spotted in Stands
1thing
Do you need to rake leaves in the fall? Conservation group says ‘no’
music
Jack Osbourne's 3-year-old daughter has coronavirus: 'Children can get COVID'
i'm listening
I'm Listening: DJ Khaled’s ‘we the best’ mantra is meant to benefit your mental health