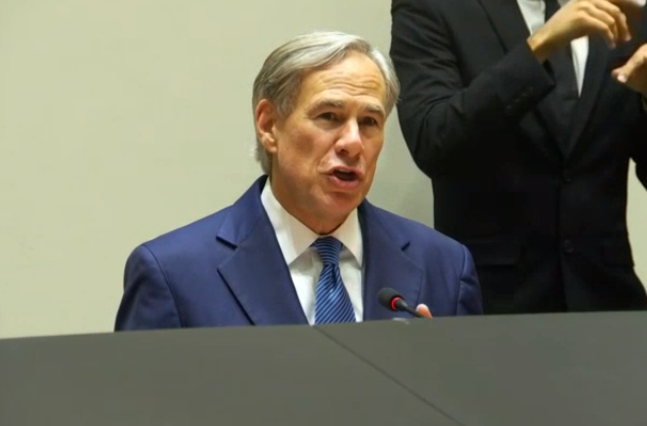 At a Corpus Christi press conference on Tuesday, Governor Greg Abbott took aim on the state’s largest counties for their lack of enforcement of his executive COVID orders. These also happen to be the same counties that Governor Abbott says tried to pressure him into another lockdown.

Abbott lashed out at them when asked by a reporter asked if local governments should have the power to call for their own lockdowns.

Abbott went on to defend his executive orders as being more than enough to slow the spread of the virus, and he kept his aim on the counties as well. “The need is not for more power to shut down jobs and to force people into poverty,” said Abbott. “The need is for (local) government to enforce the executive orders already in place.”

Dallas County dodged some of the attack by being the only county to enforce the Governor’s occupancy rate limits on businesses, but none were able to evade his charge that they refused to enforce his most controversial executive order. “They've (the counties) had for a month now almost, the ability to enforce the mask order, and yet I have yet to see a location anywhere in the entire state of Texas that has actually stepped up and enforced the statewide mask order.”

As if to rally the local governments to get onboard with his executive orders, Abbott then shifted his argument to the benefits, as he see them, to working together. “If we have all governments enforcing the protocols already in place, it will ensure that we do not have to lead into a lockdown that forces people into poverty.”