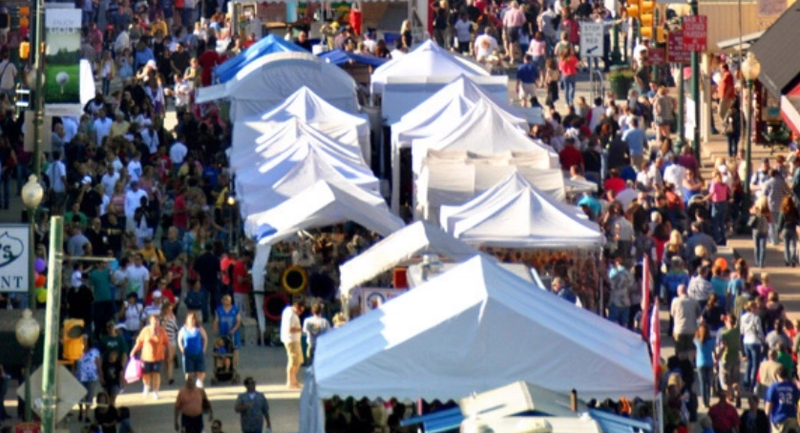 Grapevine's 34th annual "GrapeFest" celebration has been canceled due to concerns over COVID-19. The festival had been scheduled September 17-20.

"It was a difficult decision, and we did this for the safety of our community," says the Grapevine Convention and Visitors Bureau's Sophia Stoller.

Organizers say GrapeFest was canceled for the safety of those attending, volunteers and staff. They they made the decision to cancel based on guidelines from the city and state.

Stoller says GrapeFest draws 260,000 people from around the world each year. The event puts 162 wines from 45 wineries in Texas on display.

In addition to wineries, Stoller says local restaurants in Grapevine's historic downtown benefit from GrapeFest. With TexRail now in its second year of service, she says she hopes more people will come to the city to try those restaurants.

"These restaurants and these local shops, which we have more than 200 of here in Grapevine, were so looking forward to GrapeFest. They have their doors open, and they're ready for visitors," she says.

Stoller says outdoor attractions remain open, and she hopes people with cabin fever will come to the city to take advantage of Lake Grapevine, Nash Farm and "WhoaZone" at Grapevine Beach.

"Grapevine is one place everybody wants to go to, especially now when families are considering their safety and not wanting to get on planes," she says. "It's really easy to just come visit here because there's so much to here in Grapevine."

34th Annual GrapeFest® CANCELED: In support of the State of Texas & #GrapevineTX guidelines & procedures to slow the spread of COVID-19, the 34th Annual GrapeFest® – A Texas Wine Experience, has been canceled. Visit https://t.co/VMv3xJl7Nw for additional info. #StaySafe pic.twitter.com/33RVNaMMx5

news
8 frightening podcasts to get you ready for Halloween
news
What you should and shouldn’t bring to the polls this Election Day
sports
MLB rips Justin Turner for celebrating with teammates after positive test
news
WATCH: Hurricane Zeta rips the roof of a house completely off
sports
Gold Glover Kolten Wong a free agent after Cardinals decline option
news
Zeta's eye moves over New Orleans, heads for Mississippi