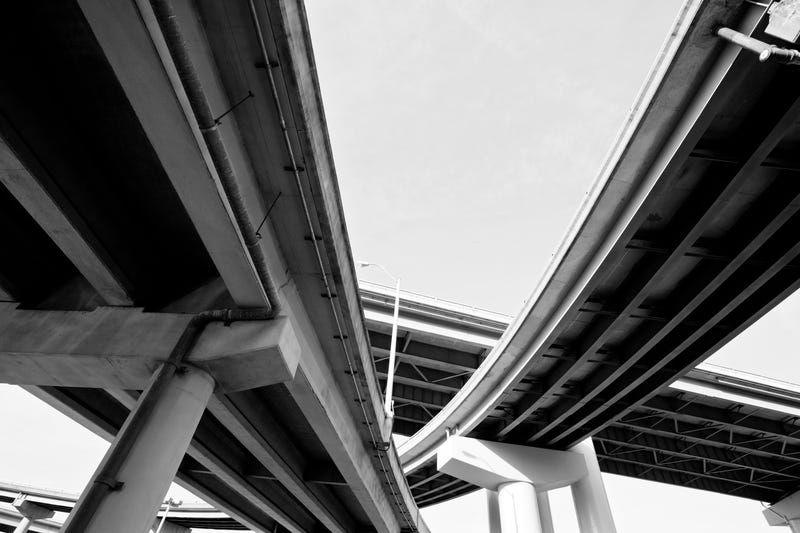 DALLAS (1080 KRLD) - Parts of Interstate 30 in North Texas could be the first corridors in the country built with technology to accommodate self-driving cars.

The North Central Texas Council of Governments says ​parts of I-30 east of downtown Dallas and between Arlington and Fort Worth will need to be rebuilt in the next several years.

"I'm advancing the notion that these would be the first freeways designed right out of the gate, instead of being retrofitted, for autonomous vehicles and trucks," says Michael Morris, the transportation director of the North Central Texas Council of Governments. "I think our region has always been a leader in trying to advance the latest thinking."

Morris says he has been working with the Texas Department of Transportation to plan now for an infrastructure that could accommodate self-driving cars in the future. He says I-30 could be the first highway built with 5G and Dedicated Short Range Communication technology embedded to allow cars to communicate with each other.

"Why couldn't Dallas/Fort Worth be the first grassroots, bottom-up, geometrically designed, next-generation technology freeways?" Morris asks. "How do we design freeways today in a smarter way that takes advantage of what technology may do over time?"

If NCTCOG and TxDOT start planning now, Morris says they could build a freeway with narrower lanes than the 12 foot width currently required. If cars could communicate with each other, he says they could travel closer together.

"Wouldn't it be pretty cool that, over time, we could get an automatic lane from the pavement we poured back in 2024?" Morris says.

He says any construction would still meet present requirements, but if the highways are built with technology likely to be used in the future, Morris says North Texas could take advantage of advancements that may not occur for decades.

"At some point 50 years from now, a vehicle may know where it is on the pavement," he says. "You won't need striped lanes."