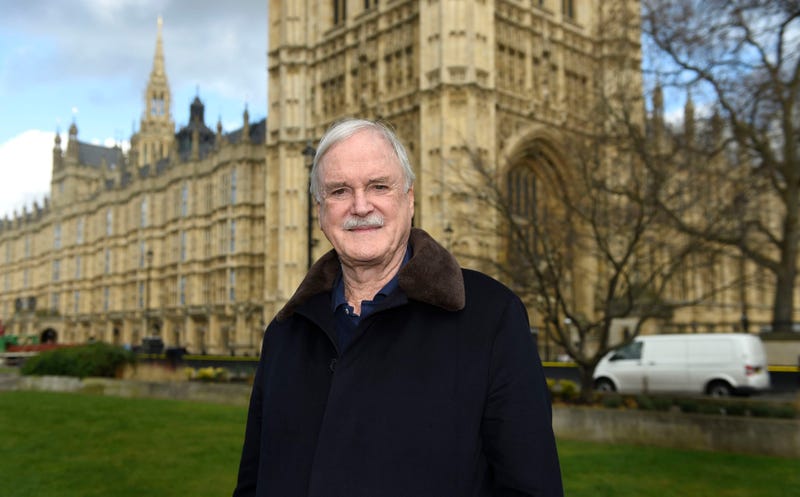 This year will be the 32nd annual Dallas VideoFest, and Dallas was the first city in the United States to air Monty Python 45 years ago.

"Many of your listeners will say, 'I have no idea who Ernie Kovacs is,' which is fine," says Bart Weiss, a UT-Arlington professor who founded Dallas VideoFest. "He was an early television comic who was the first comedian who could understand what the medium could do. All of his jokes were not someone standing in front of curtain telling a joke like they did in Vaudeville. They used what the camera could do. All of his humor was about what was possible in television."

Weiss says today's late night talk shows are the result of Kovacs' work. He says Dallas VideoFest launched the Kovacs Award to honor people who have "worked in the spirit of Ernie Kovacs," such as PeeWee Herman and King of the Hill and Beavis and Butthead creator Mike Judge.

"He understood what the camera could do and what sound could do," Weiss says. "He did a lot of things where he would play with sound effects."

"It's absolutely splendid that you led the way," he says. "We were so startled that it was Dallas. In England, in the old days, we basically thought people in Dallas basically ate their own children."

Cleese says a station in Boston had already turned him down. He says the station manager told him Monty Python was "too rude."

"He saw his career disappearing into the distance. He could hardly speak, and he wanted to get out of there as fast as he could," Cleese says. "We all said, 'Well, we'll never be on American television.'"

"I had a tiny, minor accident on a golf cart at a Caribbean resort about a year ago," he says. "The guy got out and said, 'Tis but a scratch.'"

He says comedians today focus too much on sex and drugs and the concept of celebrity. Cleese says he is still writing.

"I always wanted to make a film called, '1776 and a Half.' It's a lot of fun to talk that story, particularly the fact that most of the English soldiers were German. I wanted to start with these German soldiers talking to each other. It's terribly funny."