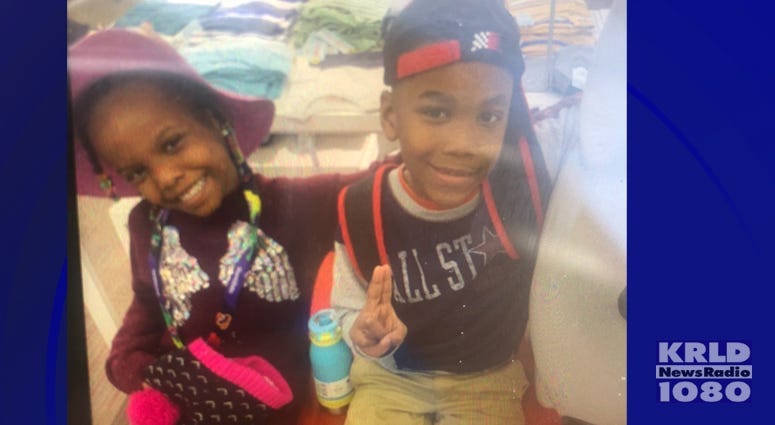 FARMERS BRANCH (1080 KRLD) - The two children who were kidnapped Sunday in Farmers Branch have been found safe.

Police say a parent had stopped and got out of a car in the 4000 block of Sigma Road to check mail about 3:30 p.m. Sunday.

They say someone else got in the car and drove off. Police say the person may have been trying to steal the car and did not realize two kids were in the back seat.

An Amber Alert was issued about 6:40 p.m. for Preston Scarlett, 5, and Princess Scarlett, 4.

Shortly after the alert was issued, police received a call that the two kids were spotted at a Family Dollar store on Maple Avenue in Dallas. An assistant manager says a customer saw the kids in the parking lot.

"We pulled the camera up, and we saw a vehicle had pulled up in the parking lot," says Trixie Ballard. "The little boy got out first. We saw him running out of the car. He ran up to the door. He was running fast, he almost fell, and then the little girl came right behind him, right afterward."

"This is the absolute best possible outcome we could have," says Farmers Branch Police Officer Steven Rutherford.

While the kids were okay, police have not made any arrests. Dallas police found the car at a Candlewood Suites near I-35E and Mockingbird Lane.