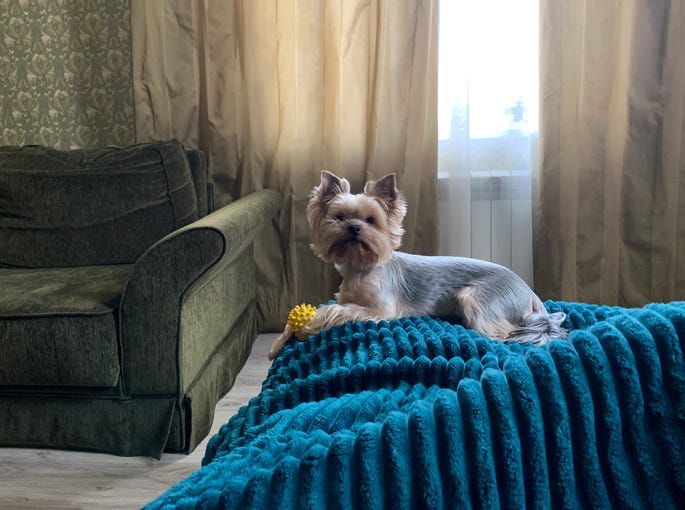 FORT WORTH  (1080 KRLD) - A lost dog has been reunited with its family after spending 14 years away from home.

Remy the Yorkshire Terrier went missing from a backyard in Houston nearly 14 years ago.

Aaron Webster and his wife had only had the puppy for a few months, and when he went missing they assumed the worst.

But now, 14 years later, the pooch has been found alive and well.

Aaron got a call last week from Saving Hope Rescue in Fort Worth. Rescue workers say they believe Remy was stolen as a pup.

Remy has three microchips, one of which was used to find his original family.

Aaron drove up from Houston to reuinte with the now senior pooch who is completely blind, and a little worse for wear. But overall, Aaron says he's healthy and he seems happy to be home