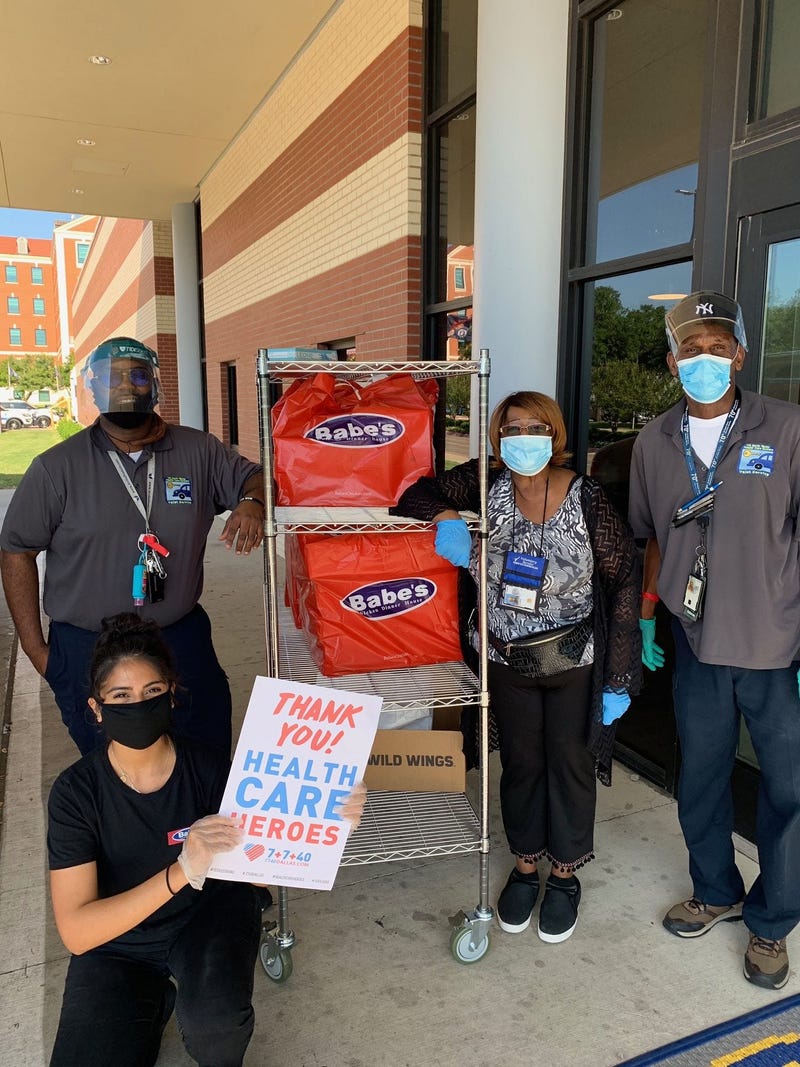 A non-profit formed in Dallas at the beginning of closures related to the COVID19 pandemic has expanded its mission and will soon announce a plan to grow further.

The group, 7740 Dallas, has now delivered almost 10,000 meals to hospitals in North Texas.

"I have gotten so many emails and 'thank you' letters," says organizer Jacob Tindall. "Just a lot of folks who are so appreciative. It's just a bright spot in their day to know that we're out there, that we're rooting for everybody, that we're supporting them."

7740 Dallas buys meals from local restaurants and then brings them to hospitals dealing with COVID19 patients, leaving the meals curbside to minimize contact.

Last week, 7740 Dallas delivered meals to hospitals in Fort Worth for the first time, delivering to JPS Hospital and Texas Health Harris Methodist Hospital. 7740 Dallas started by buying meals from seven restaurants in Dallas. For the deliveries in Fort Worth, the group bought from the Babe's Chicken Dinner House location in Burleson, Chop House Burger in Fort Worth and Wild Salsa in Fort Worth.

Tindall says 7740 Dallas has no overhead, so the money raised goes entirely to buying meals from local restaurants. With capacity reduced from 75 to 50 percent, he says restaurants will be further stretched to try to turn a profit. Tindall says many restaurants are also losing money during the week because so many offices are still closed.

The group is still raising money at 7740dallas.com. Tindall says they will soon announce an expansion to their project to help other "front line workers."

"For the restaurants, I get this consistently, they say it's a huge morale boost to be a part of the 7740 campaign," he says.