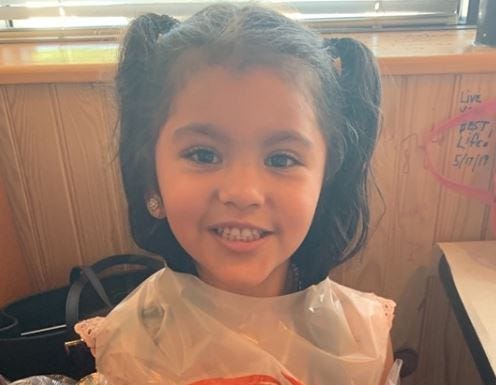 DALLAS (KRLD) - A 4-year-old girl who had been taken from Fayetteville, North Carolina has been located in Lewisville. Fayetteville police say she was found at a home with individuals that were part of a federal human trafficking investigation.

The Fayetteville Police Department had declared 4-year-old Aubriana Recinos an Endangered Missing Child last month. Police say she had been taken by her mother, 23-year-old Carmen A. Lowe, who did not have the right to taker her out of North Carolina. Investigators believe she traveled to New Jersey, Texas and Louisiana in violation of a custody order issued by a judge in Cumberland County. Police secured a warrant for her arrest and she was taken into custody in New Orleans, Louisiana.

"That was the result of a human trafficking investigation the FBI was conducting," said Fayetteville Police Sergeant Shawn Strepay. "Based on that, they were able to interview her. She claimed she did not know where her child was. However we were able to track the child to Lewisville, Texas. Thankfully, she was located unharmed."

The girl's father is in Texas to take custody and return her to North Carolina. Fayetteville Police say federal authorities are continuing their investigation. "This was part of the FBI's human trafficking investigation, there's definitely an ongoing criminal investigation on their part," said Sergeant Strepay. "Our counterparts with the FBI and the Lewisville Police Department helped us a great deal." Fayetteville Police issued a public statement thanking both organizations for their work on the case.