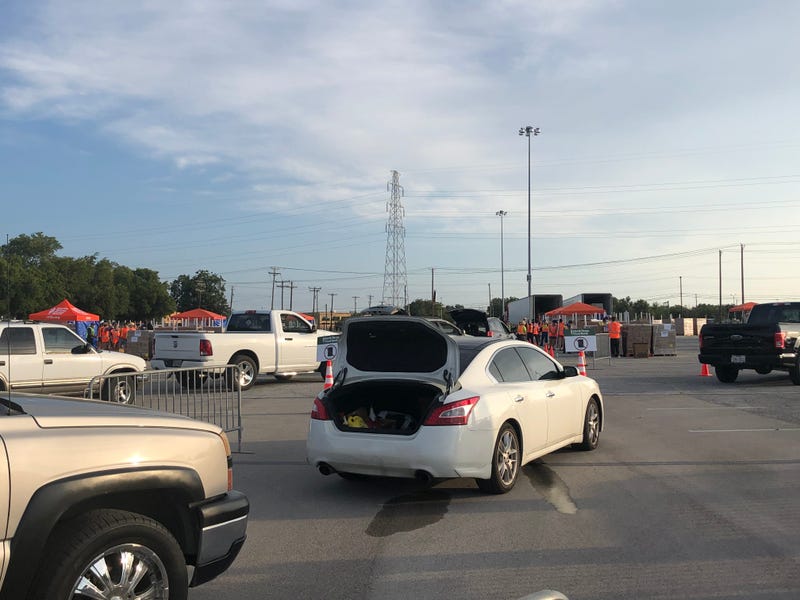 For the first time, the mobile pantry also served people who walked up at the Fair Park DART station.

Hawthorne says demand started to dip as bars and restaurants began opening, but demand went back up as additional restrictions were put in place. Since the pandemic started, she says the North Texas Food Bank has held 185 distribution events, mostly at churches and smaller locations.

The food bank and Fair Park had asked people not to line up before 7 a.m. Tuesday. The distribution was scheduled from 8 a.m. to 11, but some still lined up outside Gate 2 about 5 a.m.

"If everybody comes at seven, I just can't imagine how long this line would be and how long it would take," said the woman at the front of the line.

Many in line said they had never needed help from a food bank before the pandemic.

People walking up to the DART station were encouraged to bring a tote bag or cart to haul away food. Each person who walked up or came in a car was given a box of non-perishable food and a box of fruits and vegetables.

Wednesday, the North Texas Food Bank is planning another, smaller distribution event at Our Savior Lutheran Church at 3003 Horizon Road in Rockwall.