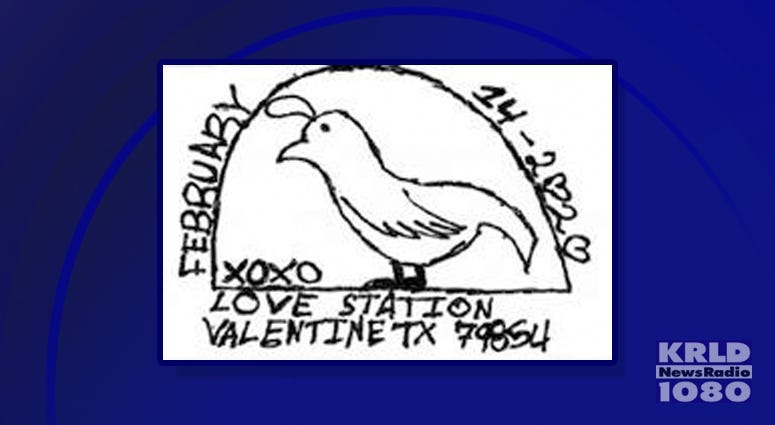 For many years, folks have sent an envelope with another stamped one inside containing a Valentines Day card to the post office in Valentine, Texas.

The envelope is then opened, the one inside postmarked from Valentine and sent on it's way.

Post Master Ismelda Ornelas says "right now it's just me, but I have help from a neighboring town.  The postmaster over there is starting to help me, but for the most part it's me."

The practice of sending cards with special Valentine, TX pictorial postmarks goes back more than 30 years.

Ornelas says for the past five years, she's pushed through about 12,000 cards.  The number was one record day was 49,000, but email and social media have brought the totals down.

The coveted postmark is the work of a local student, the design chosen in a competition.

Ornelas herself was once the winner of the competition."I started here as the only kindergartner and I graduated with four other classmates, because Valentine is a really, really small town, population 120 on a good day."

Ninth grader Erick Ramirez's design won this year. It's a Gambel’s quail with hearts and X's and O's. The quail is common in and around the desert town