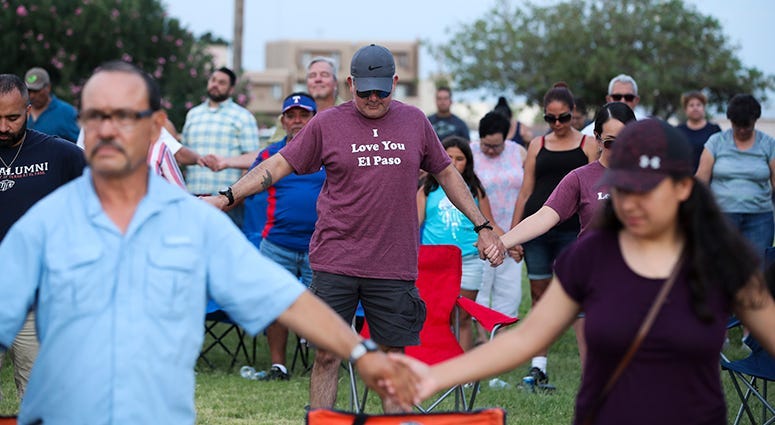 PLANO (KRLD) - Plano and El Paso Eastwood may not be meeting on the football field this year, but one Plano Senior High parent wants to make sure the extended Eastwood family feels the love from North Texas after the mass shooting at an El Paso Walmart two weeks ago.

Jennifer Davis has launched a GoFundMe campaign to raise money for the families of the El Paso shooting victims.  Davis, whose son is a member of the PSHS football team, has a fundraising goal of $5,000.  Davis plans to travel to El Paso to deliver the donations.  She said, "They're gonna welcome us with open arms.  We'll probably all get together and have dinner, and show them what I feel like my children's school had planned on doing all along for this game, and that's that we are with them and support them."

The Plano ISD announced Thursday the PSHS-Eastwood game had been canceled, citing unspecified security concerns.  The alleged El Paso shooter, Patrick Crusius, is a 2017 graduate of PSHS.  According to reports, Plano school officials were concerned the football game could become a platform for extremists.

Davis said Plano parents are working with Eastwood boosters to turn a complicated situation into a positive and healing experience.  "What happened at that Walmart, with that former Plano Sr. High School student, is not reflective of this community that I love and live in.  And, that's the whole point with the boosters working together," she said.