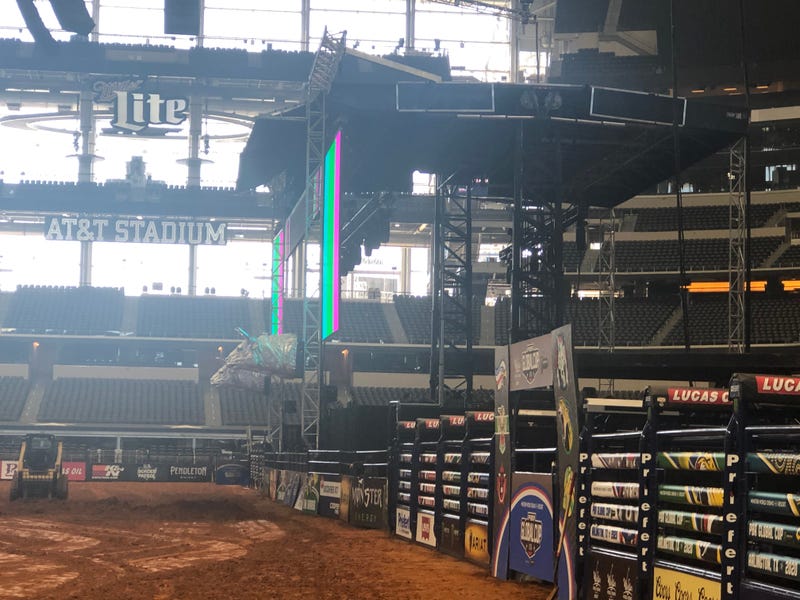 ARLINGTON (KRLD) - Teams of cowboys from five countries will fill AT&T Stadium this weekend for the Professional Bull Riders Global Cup. The Global Cup was held at AT&T Stadium in 2019, the first year the event had been held in the United States.

Team USA won the event in 2017. Brazil has won the past two years.

Venegas says the size of the crowd and the venue has made it tougher to keep his team of six bull riders focused.

"You can only control and do your job, and your main job is riding bulls. That's why you've got to focus," he says. "The caliber of the bulls they bring to these events is huge. It's like day and night compared to the average rodeo."

One of the contractors is Cornwell Bucking Bulls. Owner Justin Cornwell says the goal is to breed bulls that are aggressive, but the bull and cowboy actually work together.

"That's a misconception. A lot of them are not necessarily mean. I have bulls that I pet at home, but when they get in that chute, it's game time," Cornwell says. "They've been bred genetically to do this. They kind of learn the game, and they enjoy it."